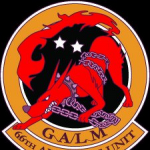 Greetings, I believe it's about time I made this.

Names Gargoyle, call me Garg, Gar, Andy whatever you like really, If you read this call me Andy the next time you see me.

InFAMOUS: Criminally underrated series, Cole is a favorite of mine.

Hokuto No Ken: Omae Wa Mo Shindeiru, please read the manga, as well as FoT Blue Sky, both are great.

Devil May Cry: First Hack and Slash, played em all and hope DMC5 is good.

Bayonetta: Fun series, both gameplay and characters are great.

Marvel Cinematic Universe: Oh how I so love this series, I've been with it since the start and I don't intend on ending it less it really drops in Quality

Sailor Moon: Okay Manga, not really a fan of the characters barring Jupiter

Fairy Tail: I kinda like the character designs in powers, not a huge fan of the characters themselves. Also OP vs Fairy Tail can get bad

One Piece: Same as above, tho I love Hancock and Zoro

Akame Ga Kill: Love Akame and most arcs of Zero but the main manga was rather mediocre with a horrendous adaptation.

Bleach: I originally hated Bleach and I still dislike it in debates, but I've honestly come to appreciate it a bit more, and honestly, Soi Fon is actually pretty damn awesome (As is a lot of Bleach females)

Pokemon: Seriously, these threads are a coin flip on whether they're cancerous or not.

Star Wars: Like the originals, Prequels and new movies are in a weird spot for me, love the Old Republic however and I need to replay it in full again.

Persona: Only played 3, really liked, Mitsuru is the best redhead ever.

Retrieved from "https://vsbattles.fandom.com/wiki/User:Schnee_One?oldid=3431150"
Community content is available under CC-BY-SA unless otherwise noted.