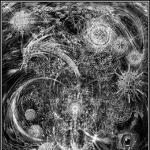 Greetings to my fellow internet people with waaaay too much time on their hands. Whether you're a geek, gamer, weeb, comic book nerd or just can't fathom why Saitama isn't Low Complex Multiversal, this is definitely the place for you.

In no particular order:

Retrieved from "https://vsbattles.fandom.com/wiki/User:Planck69?oldid=5796122"
Community content is available under CC-BY-SA unless otherwise noted.