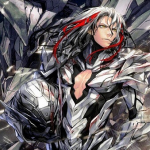 HαΙΙø, my name is Newendigo (Yes, like the mythological creature).

I am a user like everyone on this wiki, who likes to do debates vs, I am a follower of many media such as cartoons, live actions, movies, comics, manga, anime etc.

My favorite genre is science fiction (and I mean those that really look like fiction and almost nothing of science) like Star Wars, Transformers, the universe of DC and Marvel and others. I have a special favoritism to the characters with armor, those who have extremely advanced ones, with flashy designs which can do a ton of cool stuff..

People I love in the wiki

User (Best debater no contest, also my best friend since I joined).

Retrieved from "https://vsbattles.fandom.com/wiki/User:Newendigo?oldid=6103966"
Community content is available under CC-BY-SA unless otherwise noted.