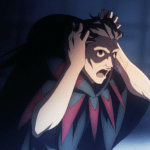 Greetings. I see you have come to my profile. Want to learn a bit more about me do you?

Well, to begin with, I'm an administrator on this site. Obviously. Bright green name was something of a dead giveaway I'd think. If you need help shutting down any rowdy threads, want my opinion on a thread (except Masadaverse please), or just want to chat, message me on my wall.

More importantly however, I am the Prophet and Mouth of her glorious majesty, Breinhard Bheydrich. Her divine voice is too great for this world, and to hear a single word from her lips would cause all who hear it except her chosen (i.e. me) to immediately fry their brains with the sheer ecstasy from the sound of her voice. Should you seek questions on her majesty, place them upon my wall.

In no real order:

Some of my other forms (avi's)

The Ruler of the First War

The Ruler of the Second War 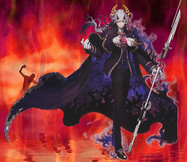 The Lancer of the Strange War

The Law of the Sixth Heaven

The God of Stories

The Master of Centrum 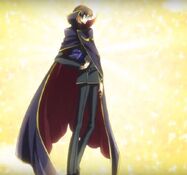 The King of the Black Knights 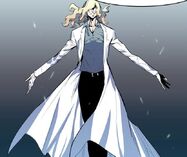 The Zeroth Knight of Raizel
Add a photo to this gallery

Again, in no particular order

Verses I am knowledgeable about

Retrieved from "https://vsbattles.fandom.com/wiki/User:Monarch_Laciel?oldid=4686924"
Community content is available under CC-BY-SA unless otherwise noted.