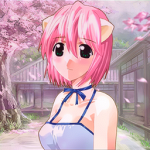 I’m just a Venezuelan studying a Master Undergraduate Degree in Mechanical Engineering in the beautiful land of Northern Ireland! I do like to part-take in VS Debating, but I feel more confident making calculations, analyzing data and (oddly) writing Death Battles!

I am a newcomer to the VS-Debating and Death Battle Writing universe, but I do hope my contributions to this wiki make a notable and (more importantly) positive impact. Learning is also something I like to do, ESPECIALLY if it involves my fields of interest.

As for my fields of interest? I’m pretty flexible. But my most notable ones are video games, anime, manga, sports, TV (food related) shows, a wee bit of movies, etc.

Also, don’t be deceived by my profile picture. I’m a heterosexual dude.

Here are some calcs per series that I made/found that have been approved:

1. Zero (Mega Man X) (My favorite character of all-time. No fucking contest. Zero is one of a kind. I love EVERYTHING about him: his story, his personality, his design, his power, etc. He was the first protagonist that I have ever connected to in an extreme personal level. A character meant for destruction and chaos turned out to be the franchise's most legendary hero. And yet he still didn't see himself as a hero. What struck me most is how much shit happened throughout his whole life. Yet he didn't lose himself completely to the trauma and kept fighting for those he believed in. Said way of thinking was engraved into my mind forever. To this day, his death is by far the most painful one of any fictional character: his death was what brought humans & reploids together. Basically, fulfilling his best friend's dream. I absolutely love this Legend to bits.)

2. Optimus Prime (He was always a father figure to me since I was a kid. With his charisma, his stoicness, his wisdom and powerful sense of leadership, seeing him in action was always that got me excited and I knew he could be always to look up to. And to this day, I still do. Prime, just like Zero, despite losing a lot of his comrades still didn't lose his path and continued to fight on to meet his objective. And some of his monologues and quotes have been engraved into my mind and will remain so for the rest of my life. Optimus Prime is one of those characters that you see once in a lifetime, and I'm glad that I have had the pleasure of having him as my father figure)

3. Lucy (Elfen Lied) (My favorite female character and my waifu. Never have I encountered a character that could be both extremely white and extremely black, and still be perfectly gray on average; and never have I felt so sorry for a character in my life- until I met her. Her past was tragic, and she did not deserve it. She did lose her way as the story progressed, but she did manage to fulfill redemption by the end, even welcoming death. Underneath her jagged way of being is an extremely caring and genuinely sincere girl, and her death was one of the most painful ones I had to sit through ever. I fucking love her.)

4. Mega Man X (This character has to be one of the most pure-hearted and caring characters I have ever witnessed. His robotic heart is literally MUCH bigger than his body. Regretting the fact that he has to fight, he continues to do so to combat injustice. For what he believes is right. His character might have taken some bad blows by bad entries, but I still love him. His death was definitely an extremely painful one, and to this day, I don't think he deserved such fate...)

5. Kenshiro (Manliest anime character I have witnessed so far. After losing his fiancee, he still decides to fight for the weak and take down the strong. Aside from his countless memes, he is essentially one of the grandparents of shounens. Deep inside, he is also a rather pure character. May God bless him for all eternity.)

6. Vegeta (My favorite Character in all of Dragon Ball. I always liked his attitude, and seeing the development he got over time just made me so happy

8. Ganondorf My favorite Villain of all-time

9. Zelda My favorite Nintendo Princess and one of my childhood crushes

Retrieved from "https://vsbattles.fandom.com/wiki/User:Migue79?oldid=6631622"
Community content is available under CC-BY-SA unless otherwise noted.