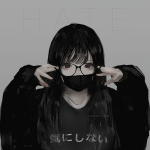 Hey, guys, I'm Mand. Well, of course, this is a nickname and not my real name, but I do have stuff like an online surname because I've used this nickname for just so long in roleplaying and accounts from nearly everywhere.

I'm actually a person who doesn't like too overpowered stuff: I like anime which focus on strategy and intelligence of its characters, being a lover of To Aru Majutsu no Index/To Aru Kagaku no Railgun and Hunter × Hunter, although I do like Dragon Ball... well, who doesn't? I'm also a fan of Noragami because of the character depth and personally recommend Aldnoah.Zero to anyone and everyone as another of my favourite anime: as you can see, a weak protagonist beating the heck out of overpowered villains through smarts really fits my style.

Retrieved from "https://vsbattles.fandom.com/wiki/User:Mand21?oldid=6871711"
Community content is available under CC-BY-SA unless otherwise noted.