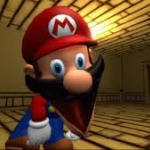 aka Kyle The Terrible

My name is Kyle, I mostly want to keep most of my personal life private though my social life I'm ok with. Wiki's I like are this wiki, SMG4 Wiki, Villians wiki and more. Some of my favourite YouTubers are Jacksepticeye, Markplier, SMG4, Charmx, Messyourself and Camila Cuveus and many more. I don't really use social media much but I main Youtube and Discord and maybe Amino. Games I play are Minecraft(From time to time), Roblox, dozens of mobile games and Super Smash Bros(PC/Emulator). I don't play games as much due to Youtube. I use to be much more active but I'm mostly waiting for more profiles to get updated then I will become more active. Franchises I like are Undertale, Glitchtale, Zajcu37's FNAF series, SCP Franchise, SMG4's Franchise those are the ones I mainly watch. That's a quick thing about myself.

SMG4: The comedy channel I watched ever since April 2018(2016 if you count the GTA video) They make everything that could be terrifying into full-on chaos and randomness the arcs take a turn into seriousness and randomness and that's the reason I like SMG4.

Charmx: Not really sure of the reasons but his reactions are very interesting and he is my favourite reacter of all time for reasons not sure of.

Messyourself: Same like SMG4 and Charmx(Makes stuff into full-on chaos his comedy is hilarious though sometimes it's just meh)

Camila Cuveus(Glitchtale): The thing that keeps me interested in Undertale, my favourite Undertale AU and one of my favourite series of all time with a good plot, animation, backstory/lore, characters and interest.

Zajcu37's FNAF Series: The first Youtube channel I've seen ever since my channel was created(Around summer 2015 in Canada) pretty much the same reasons as Camila Cuveus.

SCP Franchise: Interesting story, very developed, likeable storylines and characters, as well as many fangames I very much enjoy.

Undertale: One of my favourite storyline games of all time, it has very likeable characters, storylines/plot, backstory/lore with a lot of AU's and Fan video from the fandom which is very likeable(Except for the cancerous parts)

Minecraft: The childhood game I grew up being a fun game to play in multiplayer though at times I would give up due to stuff that can happen, other than that it's one of my favourite games with a multitude of possibilities.

Roblox: Another game I grew up with like Minecraft I can give up on it due to stuff that can happen, with a multitude of possibilities.

Note, none of these are in order.

Note, none of these are in order.

Retrieved from "https://vsbattles.fandom.com/wiki/User:Kyleb79?oldid=6005375"
Community content is available under CC-BY-SA unless otherwise noted.