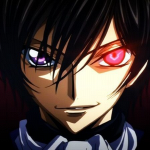 One Piece (Reasons why I love this series? Firstly, Lovable Characters aren’t being killed off for shock value *coughcoughAkamegakillcoughcough*. Even if character is a villain, they still are often allowed to survive beyond their initial story arc, which gives them room to grow and mature beyond their arc. Secondly, the villains are horrifying, but also badass. There are plenty of villains in One Piece who sport a wide array of powers and personality types. Crocodile is an incredibly witty Italian mob boss whose body is composed of sand, making him strong enough to almost kill Luffy on two separate occasions. Arlong is an intimidating racist fishman who shows no mercy to the people he enslaves. Personally, I love Blackbeard as a villain. He is like an Evil Counterpart to Luffy. Unlike Luffy, he takes the easy way out and betrays those who trust him just to get what he wants, but his amazing plans and his ideas on a man's dreams are more important. He just takes advantage of his opportunities. Even the World Government and Marines, the symbol of 'Justice' and 'Peace in the world, are shown to be very much questionable in their actions, like their decision to kill all pregnant woman who could be harboring the Pirate King's child, erasing an entire island and centuries of information, blatant ignoring that of the World Nobles' disgusting cruel acts, etc... No two villains' motivations are quite the same, and when they're first introduced, some seem impossible to vanquish. And thirdly, each new adventure with the Straw Hat introduces a new interesting setting. While exploring the remote corners of the world, the Straw Hat crew comes across places like Alabasta, an Arabian-themed desert kingdom; Skypia, an island that floats above Paradise in the Grand Line etc…. Each new island feels like a totally different world, as they all come complete with unique quirks, obstacles, and fascinating local residents. There are more, like the mysteries that Oda bring about in the story with the Void Century, the Ancient Weapons; heartfelt, tearful moments like Nami's "Help me" to Luffy, Robin’s “I want to Live”, Going Merry’s death, the forceful separation of the Straw Hats…but I leave it at that)

Akame ga Kill (Love the characters, the settings, the teams and everything about it screams awesomeness. But I can’t really bring myself to enjoy the story because there are too many unnecessary character deaths. Especially when characters you come to love are being killed like every 20 chapters or so, the anime makes it 100 times worse. There is no happy ending, everybody pretty much dies, except for a few)

Retrieved from "https://vsbattles.fandom.com/wiki/User:KobsterHope07?oldid=4099340"
Community content is available under CC-BY-SA unless otherwise noted.