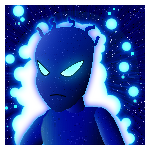 Welcome, human, to my domain... I have waited for this moment for many years, and here you are, finally, User...

Feel free to speak about either.

The Survivor (I didn't create the page, simply revamped it)

Bold stuff will be done soon, if not it'll probably be done at some point

Dauntless Verse - Similar to monster hunter, likely not as powerful

Crash Of The Titans - Titans - Strong creatures, likely scale to Crash but they can be fodderised

Backyard Monsters Verse - Facebook game... base building, lots of monsters but likely wont get far in terms of power

Serious Sam Verse - Not particularly knowledgable on the series, but I enjoyed the games so...

Add to Totally Accurate Battle Simulator Verse - I like the game, verse is lacking atm so might help out

Flanimals - Ricky Gervais book series that I had when I was young, honestly just think these would be funny to make, not sure where they'd get in terms of power though...

Some I'm not sure are valid to make:

Disney Infinity Stuff (Both heroes and fodder enemies) - they all technically have story, and feats so they should be good...

Social Wars & Empires Verses (Pretty certain these aren't valid anymore, the games got taken down... with my money too... Good games tho...)

Retrieved from "https://vsbattles.fandom.com/wiki/User:KieranH10?oldid=6251390"
Community content is available under CC-BY-SA unless otherwise noted.