The Legend of Zelda Revision Notes

Mario: Resistance to Soul Manipulation, Sealing, Soul Manipulation (Crystal Stars), getting Power and life Absorption (Crystal Star scaling, although Mario didn't use this in battle), also another form of Attack Negation (To apply to his Base key via Superguard), Life Manipulation (Bowser use the Music Keys to turned the landscape into this. Bowser blocked out the Sun with thick clouds, turned water into lava, killed all plant life, turned hills into volcanoes, etc. Mario changed it all back), Sound Manipulation (the power of music transmitted into their souls.), Posession (Once the ruby star was given to Mario, he got back his identity),  Danmaku (He can shower foes via Star Storm ), Energy Manipulation and Power Nullification (By Star Beam and Peach Beam), More feats of Attack Reflection (Mario and Luigi can counterattack via Hammer), More feats of Earth Manipulation (Via the Earth Tremor, it can pierce enemy defense and can attack all enemies on the screen including flying and ceiling enemies.), Another feat of Explosion Manipulation (Via Supernova -https://youtube.com/watch?v=g6uYONvLY_I), More Intangibility feats (Via Boo Mushroom).

Bowser Jr.: Life Manipulation and Creation (His Magic Paintbrush which can create the worlds), Technology Manipulation (Can manipulate various technology, like the Koopa Car)

All Power Star users: All power star users get a resistance to Mindhax, A lifting strength upgrade to Multi-Stellar Power Stars are capable of moving multiple stars and forming constellations

Rosalina: Telekinesis (Could move starship Mario with her magic), Size Manipulation and Large Size (Grew around as big as Bowser)

Bowser: Death Manipulation (Bowser's use of the Keys turned the landscape into this), Sound Manipulation (the power of music transmitted into their souls. Could create music)

Waluigi: Mind Manipulation  (Waluigi was going to use it to hypnotize anyone who didn't have the same dancing abilities as him), Sound Manipulation (the power of music transmitted into their souls. Could create music)

Fire and Ice Flower's: An upgrade to 4-A and Massively FTL+ Attack Speed since it can consistently harm characters like Bowser

Playable Characters from Super Mario Party: They get Summoning of other Super Mario party characters via the Ally Phone

Fodder enemies like the Goomba, and the Koopa: Optional Equipment, they get badges, items, and wings/parachutes. These give the fodder abilities such as Healing, Flight, Statistics Amplification, and Damage Reduction. 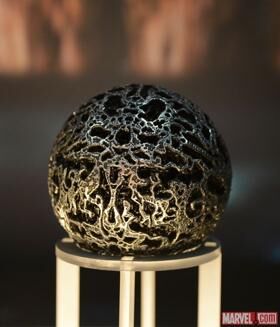 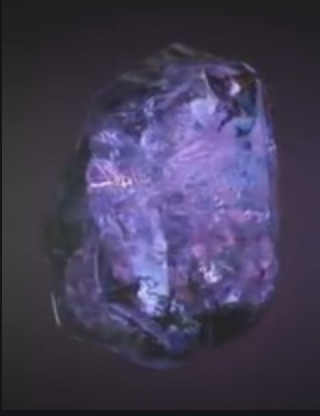 One of the six Infinity Stones created by the Cosmic Entities, the Power Stone enables whoever uses it to annihilate entire planets and wield immense power. But the stone was just as dangerous to its handler as it was to those it was used against. Eventually, the Power Stone was placed in an Orb that was hidden on the planet Morag before it was sought by Ronan as part of his alliance with Thanos to destroy the Xandarians. But upon learning of the Power Stone, Ronan betrayed Thanos and lodges the Infinity Stone in his Universal Weapon with intent to wipe out Xandar. Luckily, the Guardians of the Galaxy defeated Ronan and the stone was kept in the vault of the Nova Corps.

4 years later, Thanos collected the Power Stone in his quest for the Infinity Gauntlet. Thanos used the Power Stone when battling the Avengers and Guardians of the Galaxy who opposed him, and eventually used the stone, along with the 5 other Infinity Stones, to wipe out half of all live in the universe. The Power Stone was destroyed 3 weeks later.

Tier: Varies depending on size, up to 5-A against celestial bodies

Wielders: Eson the Searcher, Ronan, Guardians of the Galaxy (Briefly), the Nova Corps, Thanos (Primary Owner), Iron Man and Hulk (In conjunction with the other stones)

Powers and Abilities: Able to kill any living being that touches it and is too weak to wield it, Can scour all life from a planet, Energy Manipulation and Energy Projection (Shown many times), Statistics Amplification (When Thanos used the Power Stone, the Power Stone boosted his power, that he was able one-shot Captain Marvel with a punch, when his previous attacks didn't harm her), Power Nullification (The Power Stone was capable of nullifying the Mirror Dimension), Forcefield Creation (Was capable of creating a forcefield to block Iron Man's repulsors, Thanos used the power stone to use a forcefield so he could block her energy blast, although he was pushed back)

Attack Potency: Varies depending on size (Gamora stated the Power Stone to have a variable power based on the size of the target, could severely harm, although could not kill, opposition comparable to base Thanos), up to Large Planet level against celestial bodies (Was shown in a flashback to have been used by the celestials to raze the surface of entire planets, Also ripped apart half the surface of Titan's moon)

Speed: Massively Hypersonic attack speed (Thanos's casual blasts with the Power Stone can hit the likes of Captain America or Star-Lord before they can react)

Durability: Unknown for the Orb, far higher for the Infinity Stone (Thanos had to use other stones to destroy it). Island level with shields Was easily capable of blocking Iron Man's repulsors, Could block attacks from Scarlet Witch, although he was pushed back)

Range: Planetary (capable of affecting the surface of whole planets, Thanos used the power stone to rip the surface of Titan's moon, while Thanos was on Titan)

Weaknesses: Physically holding the Power Stone can kill the wielder

Thor and Odin need dimensional travel removed (The Nine Realms aren't universes, they are interplanetary bodies), Odin, Thor, and Heimdall get Interplanetary range with the Bifrost/Teleportation (Odin teleported from Asgard from Joutenheim. Thor travelled from Nidallevir to Earth. [https://youtu.be/watch?v=pN9ykgplyZc&t=15 Heimdall used magic to transport Hulk from a region in space to Earth)