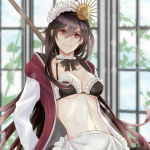 Greeting VSBW, I'm your new member here and I just want to say that it's an honor to be part of this wiki. As you can see above, I works at Gas Station in my country and I'm also a third-rate author in Fanfiction.net as a hobby and it's surprisingly fun, especially when there is a new review coming around, either it would be a praise or a critic....or even a flame. This wiki has become my inspiration in writing all of my stories and I just hope the other members can at least, take a look at them and tell me what you're thinking about my stories.

The series I loves the most. Great storylines, animations, characters, etc, etc, etc. The only bad thing about this series is that "manga" called "Suzune Magica".

Involving many historical figures is just brilliant. Really loves the setting, although I only watches Fate Series only (Zero, Stay Night, UBW, Kaleid) and play Grand Order and Extra. Planning to watch Apocrypha and Extra: Last Encore, even tho I heard yhey were bad.

One of the best non-fighting (technically) series out there. Interesting characters and plots. The tension are real and Junko is just magnificent. Although, the third game is kinda meh. Btw the second game is definitely the best, which is the reason why I used its images.

A decent show. Some characters are lovable while some others are just plain average to downright annoying. Despite that, still loves the series. 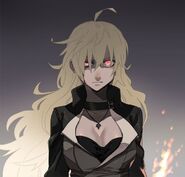 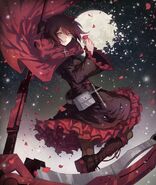 Add a photo to this gallery
Retrieved from "https://vsbattles.fandom.com/wiki/User:Homu_Sweet_Homu?oldid=3168626"
Community content is available under CC-BY-SA unless otherwise noted.