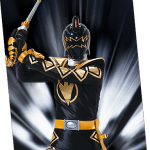 I'm no one special. I'm just an average guy who wishes to uses his skills and talents to help as much as I can.

Pretty Cure (Never thought I would be invested in a show about young ladies fighting the forces of darkness. My favorite season is Smile Pretty Cure and my favorite Cure is Cure Happy.)

Mario Bros (My first video game ever was Super Mario 64 and the rest was history. I think Mario Kart is currently my favorite among the multiple series the verse spawned.)

Kid Icarus (Tbh, it's mainly for it's Uprising installment.)

Pokemon (Another one of my first games, even though I watched the anime first. Still haven't caught them all, I'm afraid.)

Castlevania (I mainly played the handheld games but I enjoyed every single one of them.)

King of Fighters (I suck at fighting games, so I'm not an expert. I do love SNK's lore and cast, however.)

Sailor Moon (Universe) (Yes, even as a young boy watching this show on Toonami, I loved this show. Sailor Venus is my favorite character.)

Digimon (Another childhood classic. Pretty surprised how powerful this verse is on a second glance. Plus, Wargreymon is awesome. Easily my favorite Digimon.)

Ape Escape (A Playstation exclusive that, unfortunately, became more obscure as time went on. Has one of the most innovated control scheme I seen in a video game)

Klonoa (series) (Another underrated franchise with an innovated feature not seen multiple platformers at the time. A pretty relaxing one too.)

Mega Man (Franchise) (Mainly for the Megaman X, Megaman Zero, and Megaman Battle Network games, though I did play other series.)

Crash Bandicoot (Verse) (A classic franchise I stuck with even when Naughty Dog moved on. I'm so glad this wacky marsupial is back in the day of modern gaming when I thought the franchise kicked the bucket.)

Retrieved from "https://vsbattles.fandom.com/wiki/User:Dino_Ranger_Black?oldid=4906242"
Community content is available under CC-BY-SA unless otherwise noted.