VS Battles Wiki
Register
Don't have an account?
Sign In
Advertisement
in: Tier 9, Tier 9-A, Tier 7,
and 20 more 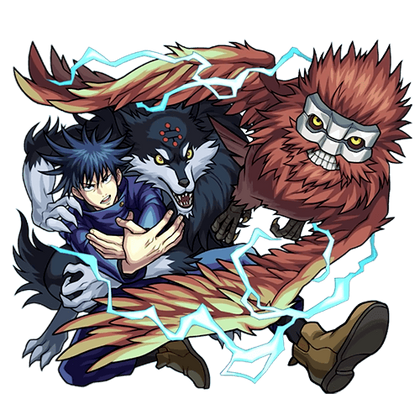 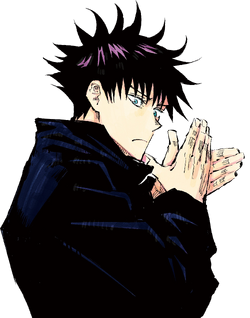 Megumi Fushiguro is the deuteragonist of the Jujutsu Kaisen series. While outwardly stoic and calculating, Megumi wishes to help protect people he sees as good or kind.

He believes that the world is unfair and that a sorcerer is a tool to ensure kind people are given more chances to live. Claiming it to be his selfish and irrational desire, he does not see himself as a hero for doing this.

This belief that good people deserve saving motivated him to save Yuji Itadori from immediate execution and refused to regret the choice even as Sukuna was about to kill him. On the contrary, he is quite callous when discussing the deaths of criminals and killers as he believes they are not worth saving.

Lifting Strength: Class 5 (Can hold approximately 2.4 Tons inside his own Domain)

Stamina: Peak Human (Able to keep fighting after sustaining a grievous head injury. Was able to stay conscious after relentless beatings from Sukuna and Todo)

Range: Tens of Meters with Shikigami

Standard Equipment: None notable | Tonfas, Megumi's primary cursed tool was a special grade sword with a jet-black blade. Along with a large assortment of other weapons, Megumi keeps this blade within his own shadow | Swords alongside the Playful Cloud | Swords and other weapons

Intelligence: Genius (Stated to be a genius as he enrolled into Jujutsu High already as a grade 2 sorcerer, Megumi has showcased a high level of tactical thinking on numerous occasions. He is capable of quickly spotting various weaknesses his opponents may have, being the person to recognize Hanami's branches as his weak spot. Megumi is also capable of determining cursed techniques his opponents may have, shown during the fight him and Yuji had against Awasaka and later when he discovered the properties of Kirara Hoshi's innate technique)

Weaknesses: If he summons Mahoraga, it will kill him, if he and whoever he is fighting cannot defeat it in an exorcism ritual