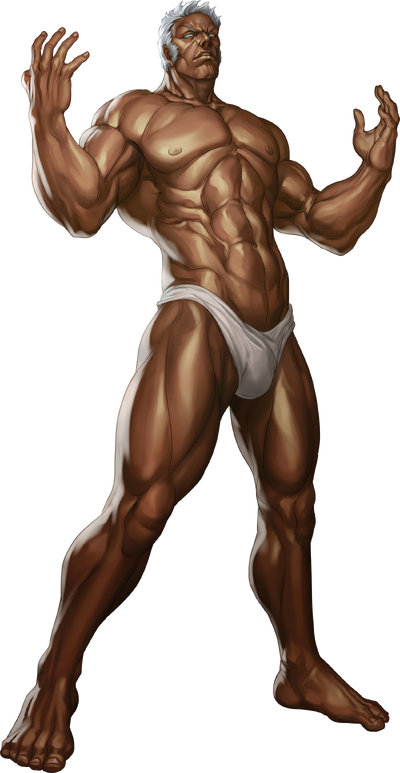 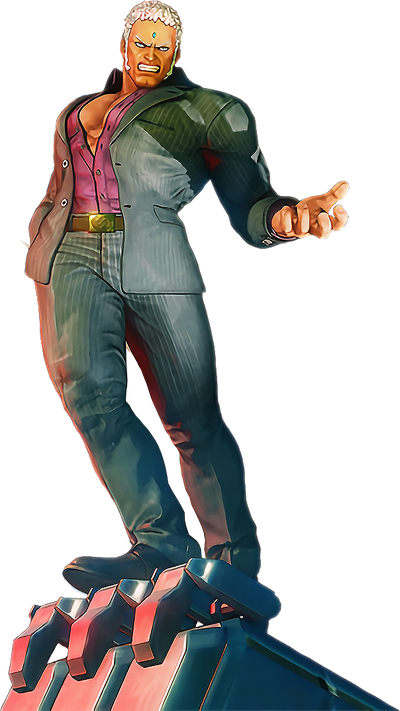 Urien is the younger brother of Gill, who bears an intense grudge against him, stemming from an inferiority complex. Like Gill, he too is subject to genetic modifications and training programs under the Illuminati. His inferiority stems mainly from his emotional instability. Being the second strongest member of the Illuminati, Urien originally holds the position of the Vice President of the organization during the tournament of Street Fighter III 2nd Impact, outranked only by Gill who serves as the President.

Urien stakes his claim to the Presidency by challenging Gill to a match in order to prove his superiority. Gill purposely throws the match and Urien is made the President. Immediately after, Urien learns that the President is outranked by the Emperor in the hierarchy of the organization, his recently promoted brother Gill.

Urien is also in charge of the Illuminati's crisis management unit, the G-Project, which works on the basis of human body remake theory. This unit is responsible for the mutations to a Russian national, Illia, more commonly known by his code name, Necro. Urien also spearheads the creation of Twelve, and many similar clones.

Urien longs to overthrow Gill by creating his own army of super-soldier clones with the G-Project. He also kidnaps one of the children under Chun-Li's care to subject her to genetic modifications. He however, agrees to let the child go, if the legendary street fighter, Chun-Li, fights him for his amusement. After a brief spar, Chun-Li manages to defeat him and rescue the child. Ken also encounters Urien during the tournament as he attempts to uncover more about the Illuminati.

Age: Mid 20s (Became the President of the Illuminati at 22)

Powers and Abilities: Superhuman Physical Characteristics, Ki/Chi Manipulation, Martial Arts Master, Magnetic Manipulation (And Electromagnetism), Can create a barrier that can reflect projectiles, Can create a pillar of fire

Attack Potency: At least City level (Held his own against Charlie Nash)

Speed: Massively Hypersonic+ (Can keep up with Charlie)

Intelligence: Above Average (Despite being a crazy psychopath, he should be this intelligent due to his position)

Retrieved from "https://vsbattles.fandom.com/wiki/Urien?oldid=6205319"
Community content is available under CC-BY-SA unless otherwise noted.