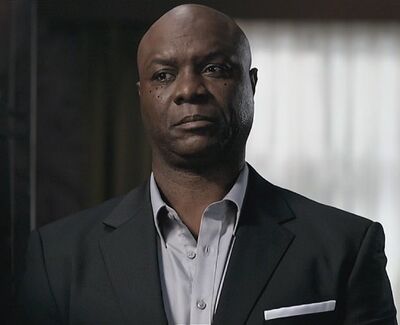 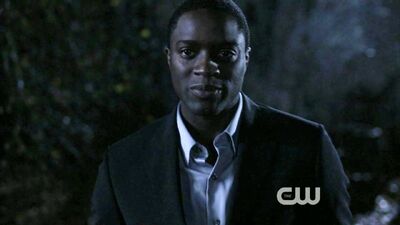 Uriel was an angel who once served under Anna Milton and Castiel in their garrison. He was described by Castiel as what humans might call "a specialist". It is eventually revealed that Uriel was a double agent and a follower of Lucifer. He was subsequently killed by Anna using his own blade.

Uriel was impatient and ruthless, though according to Castiel, he was also the funniest angel in their garrison; even Dean Winchester noted that he believed Uriel had a better sense of humor than Castiel, though Dean may have been being at least partially sarcastic as Castiel doesn't really have a sense of humor.

Like Lucifer, Uriel showed much disdain for humanity due to him seeing them as God's favorites over angels and was also disgusted by demons. This led him to lose faith in God and place his loyalties with Lucifer, who he remembered as having defended angels to God, and called "strong" and "beautiful". Uriel often used slurs to refer to humans and demons alike; the former he compared to "mud monkeys" and "larva", while the latter he called "stains" and "pustulent sores".

Attack Potency: Town level (Should be superior to weak angels such as Hael, who carved out the Grand Canyon, fought with Castiel. Claimed he and Castiel could have obliterated a town)

Durability: Town level (Regeneration and his nature as a Non-Corporeal being in True Form make him very hard to kill)

Range: Kilometers for most abilities, at least Low Multiversal for teleportation

Intelligence: Superhumanly Intelligent (As an angel, Uriel possesses a superhuman level of intelligence, both due to his age and nature. He possessed an immense amount of knowledge about planets, the Milky Way Galaxy, humans, the occult, and angelic orientated information. He called it "receiving Revelation".

Retrieved from "https://vsbattles.fandom.com/wiki/Uriel_(Supernatural)?oldid=6076589"
Community content is available under CC-BY-SA unless otherwise noted.