VS Battles Wiki
Register
Don't have an account?
Sign In
Advertisement
in: Tower of God, Characters, Male Characters,
and 35 more 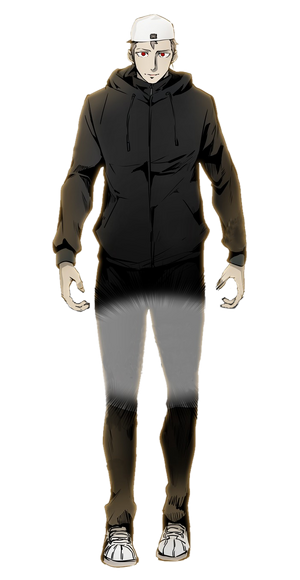 Urek Mazino is an Irregular, currently 4th in Rank. He is the second strongest active Ranker and also the most recent to be part of the Top 5 High Rankers inside the Tower.

He is considered to be on the same level as Phantaminum by weaker Rankers (which is clearly false), however, his true rank is almost impossible to determine in terms of the Top 4 ranks, because the other three Rankers are inactive and thus cannot be compared with Urek.

Powers and Abilities: Superhuman Physical Characteristics, Immortality (Type 1), Acrobatics, Accelerated Development (Passive; Rankers get stronger as they age), Master Martial Artist, Extrasensory Perception and Enhanced Senses (Can feel the power of Red Thryssa coming from Baam in the form of aura), True Flight, Shinsoo Manipulation, Energy Projection (Is able to project beams of shinsoo), Forcefield Creation (Can use shinsoo barriers to block attacks), Air Manipulation (His movements can generate huge bursts and gusts of air), Statistics Amplification (Can enhance his physical characteristics and speed through Shinsoo), Acausality (Type 4; As an Irregular, he exists in his own path that he makes himself, changing all other fates completely), Shinsoo/Energy Resistance Negation (Able to negate the resistance to shinsoo from his opponents), Explosion Manipulation (Can create explosions with shinsoo), Telekinesis (Can levitate beings or objects), Homing Attack (He can control his shinsoo to have it attack where he desires), Danmaku (Can attack using hundreds of baangs), BFR (Sent out Baam and his friends back to the Hell Train), Fear Aura (Can project a black aura with a powerful presence that can induce fear), Sealing (Can seal his opponents in shinsoo bubbles), Portal Creation (Can warp space to create a portal that can cross great distances), Pain Manipulation (Filling an opponent with Shinsoo causes them intense pain), Energy Manipulation/Density Manipulation (By controlling shinsoo, the user can control its very high density), Likely Molecular Immobilization and Minor Matter Manipulation (Shinsoo moves and acts similarly to electrons and replaces air in the Tower and Urek can reverse its flow to stop movement. Depending on how much shinsoo can be controlled against the enemy, the user is able to hinder the walk of the opponent), Spatial Manipulation (Can distort space), Light Manipulation (Spatial Distortion can generate a light strong enough to overshadow his opponent), Size Manipulation (He compressed the entire Baek Ryun's forest and put it in a box), Resistance to the following: Pain Manipulation (Easily resists the effects of shinsoo, even on higher floors), Energy Manipulation/Energy Density (Is highly resistant to shinsoo, which is a very high density energy), Power Nullification (Was still capable of using some shinsoo even when Hell Joe had restricted its use throughout the floor), Paralysis Inducement/Status Effect Inducement (Even the effects of the most powerful Lighthouse(s) of the Tower, Opera, have almost no effect on him, which should be much superior to Elpathion's Lighthouses), Law Manipulation (As an Irregular, he defies the pre-defined laws of the Tower) and Clairvoyance (His future can't be seen by the Guides), Minor Resistance to Matter Immobilization (Can move and walk in highly dense shinsoo areas that would make it difficult to move in)

Attack Potency: At least Large Country level+ (Fought on par with Arie Hon, the strongest of the 10 Family Heads, when he was just a Regular to a stalemate for 10 minutes, and was considered by Arie Hon to have grown stronger than him by the time he became a High Ranker. Nearly one-shot Karaka using only 1% of his strength with his index finger. Easily defeated Transformed Hell Joe using only a tenth of his power without shinsoo. He's strongly portrayed and stated by several characters to be one of the most powerful beings in the Tower, with only a few exceptions who are more powerful than him. Regarded by Po Bidau Gustang as being capable of destroying his family in a fit of rage)

Speed: At least Relativistic (One of the most fast beings in the Tower. Should be far faster than the likes of Prime White, Kallavan, Yama, and other Top 300 High Rankers)

Striking Strength: At least Large Country Class+ (Casually pulverized a mountain range when using only a tenth of his strength, while also being severely limited by Hell Joe essentially nullifying the shinsoo on the whole floor)

Durability: At least Large Country level+ (Took numerous attacks from Arie Hon, who is equal to Urek in power. While unable to use shinsoo, he easily shrugged off all attacks from Transformed Hell Joe)

Stamina: Extremely high (Vastly weaker characters can usually fight with highly serious injuries, such as a lost arm or another missing part of the body, and can fight for 1 month)

Immense Shinsoo Resistance: Urek has demonstrated unseen levels of shinsoo resistance. He can resist Lighthouses without effort and has claimed that even Opera can only stop him for a fraction of a second. In a later fight, he came out completely unscathed from Karaka's shinshoo attack. He even took powerful beams from Transformed Hell Joe with absolutely no damage to himself.

Extraordinary Speed: People who have seen Urek Mazino in combat have evaluated his combat style as "aggressive, ferocious and fast, but very beautiful". Mazino has enough raw speed of movement in that he can travel roughly fifty meters from one stance to a mid-air kick in a literal instant.

Flight: Urek is able to fly, levitate and stand in mid-air as if he is standing on a solid ground.

Shinsoo Mastery: Urek is extremely proficient in the use of shinsoo, as he has been seen to be capable of controlling shinsoo with great ease, as if by pure bodily instincts, to tremendous effect, able to create large explosions and powerful Baangs as well as greatly enhance his punches with minimum effort. He also has the ability to fire with enough power that even specialized equipment cannot block it, as shown when he fires a massive white shinsoo beam that obliterates two Rankers before they could even get close.