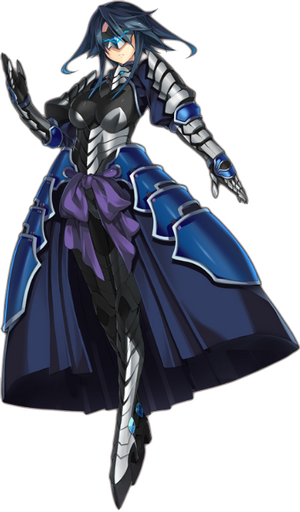 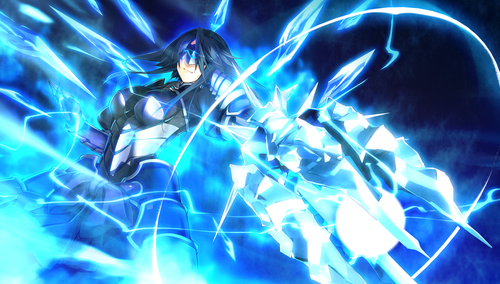 Tier: At least 8-C, likely higher. At least 8-B with environmental destruction

Attack Potency: At least Building level (Should be comparable to Mars, can topple multiple buildings with a single attack), likely higher (Destroyed parts of a town with Mars in the past, though the timeframe is unknown, both fought Christopher Valzelide in the past, though both were eventually defeated). Can bypass conventional durability by freezing matter at absolute zero.

Durability: At least Building level (Can take attacks at the level of her attack potency. A volley of dozens of light guns and 70 anti-tank grenades could not leave a single scratch on her armor), likely higher. At least City-Block level Environmental Destruction (Can freeze everything up to 100 meters around her) Regeneration makes her difficult to defeat.

Range: Up to five kilometers (Is able to shoot her ice projectiles at this range)

-Metalnova- Glacial Period: The Asterism of Uranus. This ability allows Uranus to create a surface area of absolute zero spanning hundreds of meters around her, causing anyone to instantly freeze to death should they enter within her freezing range. Her uses of this power has allowed her to create various ice constructs ranging from ice arrows that create ice flowers upon contact to giant ice blocks that can impact the ground as a meteorite. She can also make more of the latter and triple their size at will, allowing her to cause more damage to her surroundings. She can also shape one of her hands into an ice gun capable of shooting ice projectiles to as far as five kilometers. Along with having infinite ammunition with her ice gun, the projectiles she fires boast enough power to destroy several buildings with a single shot.