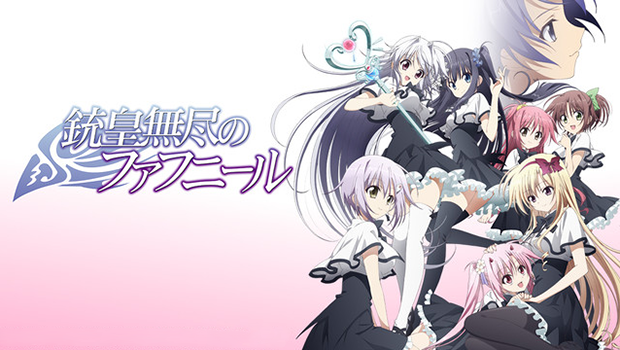 Unlimited Fafnir is a Light Novel, Manga, and Anime written by Tsukasa. The story follows 2nd Lieutenant Mononobe Yuu has been sent to Midgard, to attend the all-girl's school where his sister Mitsuki is the student council president. The school is a school exclusive to a group of girls known as D's. Each of them have extremely powerful abilities in generating dark matter and manipulating it into powerful weaponry.

Twenty-five years ago, D's didn't exist and only appeared after a number of mysterious, destructive monsters known as "Dragons" started appearing around the world. Strangely, just as suddenly as they appeared, they vanished. In their destructive wake, some girls started being born with symbols on their bodies and powers similar in nature to those wielded by the Dragons themselves.

Now D's attend Midgard, in hopes of harnessing and utilizing their powers against the Dragons. Yuu is their latest member and is extraordinary for being the only known male D in existence. Yuu must now must create relationships with the girls around him, and work with them to investigate and eliminate the threat of the powerful Dragons.