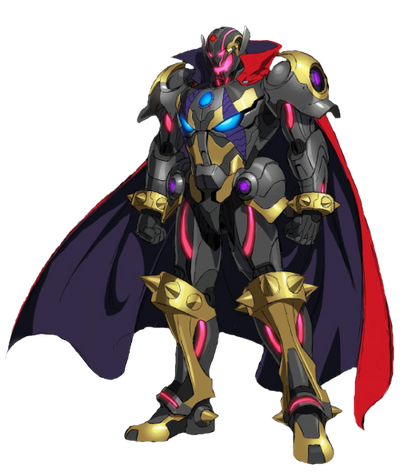 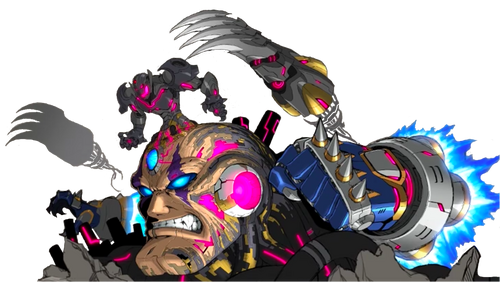 When Thanos attempted to breach the forcefield of Abel City to reach the Reality Stone held within it, he enlists the help of Ultron, who is promised control of the city in exchange for his help. Upon crossing the forcefield he encounters Sigma, and, them recognizing each other's hatred for biological life, merged their two universes together and merged themselves into the being Ultron-Sigma, with the intent of turning all natural beings into "perfect" cybernetic ones.

Attack Potency: Low Multiverse level (Merged the universes of Marvel and Capcom into one)

Intelligence: Supergenius (Has the combined intellect of Sigma and Ultron, masterminded a plot to track down and destroy the heroes of Marvel and Capcom)

Weaknesses: Electric attacks, the Soul Stone or damage to his Reality Stone can destabilize his fused body

Start a Discussion Discussions about Ultron-Sigma