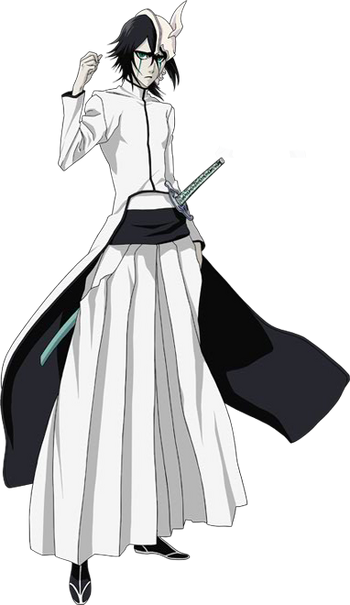 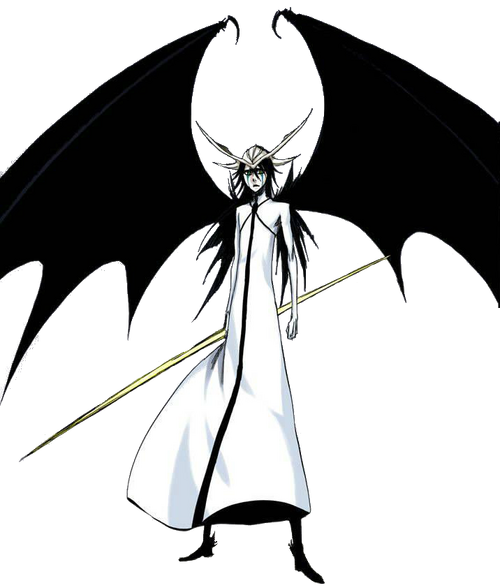 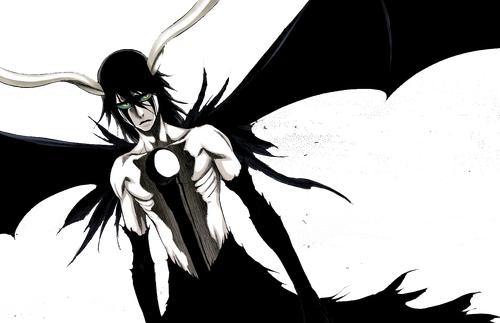 Ulquiorra Cifer is the 4th Espada of Sosuke Aizen's army. As an Espada, the aspect of death he symbolizes is emptiness.

Attack Potency: Large Island level (Stronger than a Post-Visored Training Bankai Hollow Mask Ichigo, his Gran Rey Cero is this strong) | Country level (His Resurrección was stated to be powerful enough to destroy Las Noches. Should have the same effects as the Gran Rey Cero. His Cero Oscuras is this strong, overwhelmed Post-Final Grimmjow Fight Bankai Hollow Mask Ichigo, his normal Cero is an order of magnitude lower than Cero Oscuras) | At least Country level (Even stronger than before, his Lanza attacks dwarfs Las Noches)

Stamina: Very high. Lesser characters can fight for days, and Ulquiorra can continue fighting even through severe injuries.

Range: Extended melee range, Hundreds of meters to Kilometers with his abilities

Intelligence: Ulquiorra is an incredibly skilled swordsman and hand-to-hand combatant, striking with lethal precision in combat. He is very perceptive and capable of analyzing his opponents accurately and calmly even when in the midst of combat, quickly deducing an opponent's skills and abilities and figuring out their strengths and weaknesses, so that he can best exploit them. His intelligence and insight are such that Aizen respects him for them, and sent him to determine Ichigo's power and threat level.

Descorrer: A technique used by Arrancar to travel between Hueco Mundo and other worlds, creating a spiritual pathway called a Garganta with a gesture, walking through this portal to arrive at their destination in an instant. Ulquiorra can use multiple Garganta as screens to show other locations.

High-Speed Regeneration: An ability possessed by most Hollows, which allows them to rapidly recover from wounds. Abandoned by most Hollow and Arrancar in favor of more power, Ulquiorra has retained his regenerative ability, which is enough to quickly heal lost limbs and his lost eyes, but it cannot regenerate his brain and other internal organs.

Pesquisa: A perception technique used by Arrancar, which sends out a pulse that detects nearby sources of Reiatsu and gauging their power. Ulquiorra is particularly skilled in the use of this technique, allowing him to instantly determine how powerful an opponent is with a single glance and comprehend the flow of their energy.

Solita Vista: Ulquiorra can replay events he has seen for others by removing and crushing his eye, which turns to dust and flows around those he wishes to share the vision with, relaying his sight and feelings.

Murciélago: Ulquiorra's Resurrección. It's release command is Enclose, and, when released, Ulquiorra grows a pair of large bat wings and his Hollow mask grows into a helmet with two horns, Ulquiorra can use these wings for flight. His physicals are greatly enhanced as well as the addition of new abilities