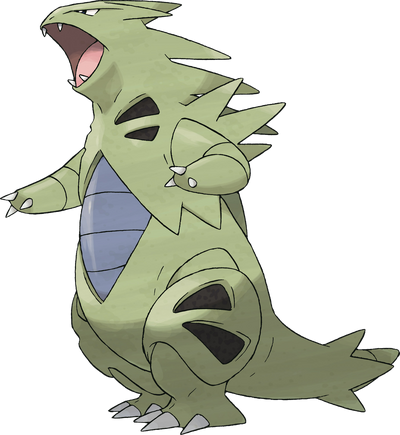 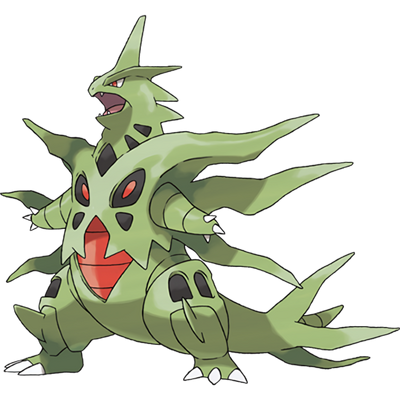 Tyranitar is a large, bipedal, dinosaurian Pokémon with a green, armor-like hide covering its body. It has two pairs of pointed teeth: one in the upper jaw and one in the lower. Several spikes of varying size protrude from the back of its head, neck, and shoulders. Both sides of its chest, the center of its back, and its knees have two triangular holes. There is a gray, diamond-shaped patch of scales covering its belly, and a smaller one on its back. It has three claws on its feet and hands. A ring of spikes surrounds the tip of its tail.

Gender: Can be Male or Female

Attack Potency: At least Mountain level+ (Its previous form Pupitar, who isn't even anywhere near Tyranitar's power, can topple a mountain. Completely unfazed by Defog. Can crumple great mountains simply by taking a step.) | Large Mountain level (Stronger than Pure/Huge Power Pokémon and Marowak holding a Thick Club, vastly superior to its base form)

Intelligence: Unknown | Below Average (It is moved only by it's destructive instincts) 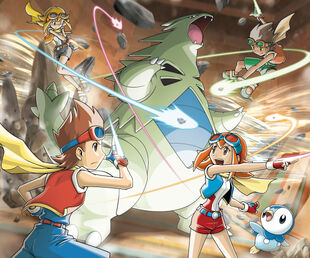 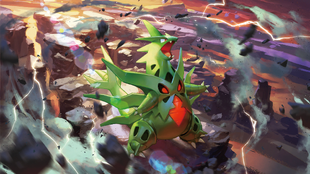