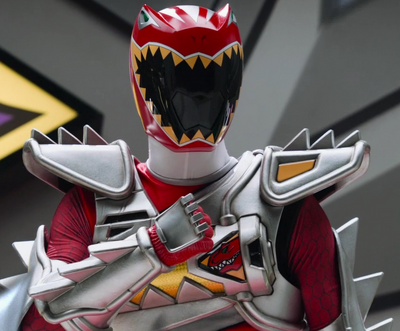 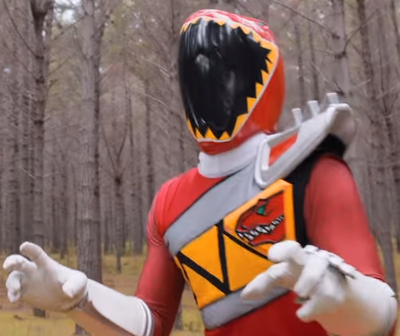 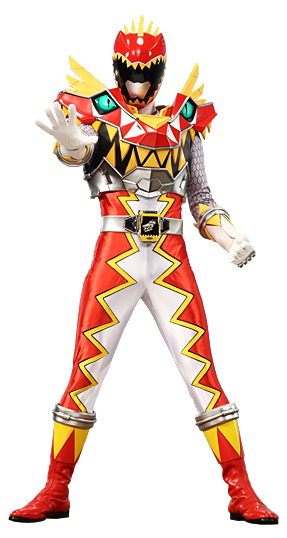 Tyler Navarro is the main character and Red Ranger of Power Rangers: Dino Charge and its sequel series Power Rangers: Dino Super Charge. On a quest to find the whereabouts of his missing father, Tyler eventually came across the Red Energem, an immensely powerful object from years past. During his journey, Tyler meets up with Shelby, Riley, Chase, Kendall and Koda, who are, or will become the Power Rangers. Protecting the world from the evil Master Sledge, Tyler quickly proved himself to be a skillful martial artist and a wonderful leader.

Attack Potency: At least Multi-Continent level (Capable of matching and even defeating the weaker members of Sledges Crew, including monsters who should be far above Ice Age, who could "freeze the planet"), possibly Planet level (Comparable to Riley and Ivan, both of which could briefly clash with Fury, one of Sledges Generals who are on par, if not superior to aliens who at the very least are capable of destroying planets) | At least Large Planet level (Has the strength to completely destroy Fury, who should be far stronger than Poisandra and Curio, both of whom tanked the destruction of Sledges ship at point blank range. Defeated Meteor and shattered his "Planetary Destruction" attack), possibly far higher (His power source transcends space and time) | At least Large Planet level, likely far higher (Should be comparable to other Dino Super Charge Rangers, who could seriously contend with Fury and Sledge in their peak, the latter of which completely stomped Lord Arcanon, who obliterated Sentai 6. On par with Ivan, who was a match for Fury and should be somewhat superior to Riley, who parried a blow from Doomwing) | At least Large Planet level (Far stronger than his previous form and should be far above his fellow Rangers, which includes Dino Charge Black Ranger Chase, who could injure Sledge in his prime), likely far higher (Defeated Badussa, who openly brags about his destruction of the Kyoryuger Galaxy. Comparable; if not superior to Sledges Crew, which were said to have destroyed entire galaxies in the past, a statement confirmed by Sledge himself. Should be comparable to Heckyl, whose power clashed against the Purple Energem and was said to have destroyed many galaxies in the past). Even Higher with Victory Maximum Final Strike (The attack was said to be able to defeat Heckyl once and for all). Higher with various combos (Effectively adds the strength of other Rangers unto his own, as well as gaining their powers)

Lifting Strength: Class 5 (With the aid of Shelby and Ivan, he lifted several stone tablets. Threw a car into the air) | Unknown (Physical pressure is applied unto him and other Rangers while their Megazord is being overpowered by strong monsters, though it's not known how much force Tyler is resisting during this) | Class T (Overpowered a planet-busting asteroid) | At least Class T

Stamina: Superhuman. Can explore and fight monsters for many hours with out much sign of tiring.

Standard Equipment: As a Power Ranger, Tyler has access to a large arsenal of varied weapons, armors and other tools. These pieces of equipment include:

Intelligence: Tyler is simple-minded and somewhat dimwitted, so much so that Koda is occasionally depicted as the more "able" of the two intellectually. This is shown in his poor spelling and is probably due to Tyler not going to school since he was a kid. None the less, Tyler has proved himself time and time again to be a more than capable leader and expert martial artist, being able to match Fury, a being who has literally millions of years worth of combat experience, blow for blow. Additionally, Tyler was shown to be a decent in the arts of subterfuge, as shown in his stealthy assault on Sledges ship.

Weaknesses: A bit simple-minded, his rivalry with Ivan can get in the way of his battles [resolved by the end of Dino Charge], very reckless, willing to fight strong enemies without even morphing.