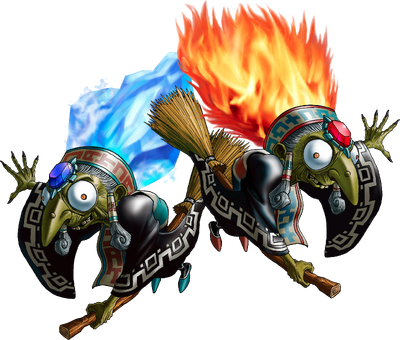 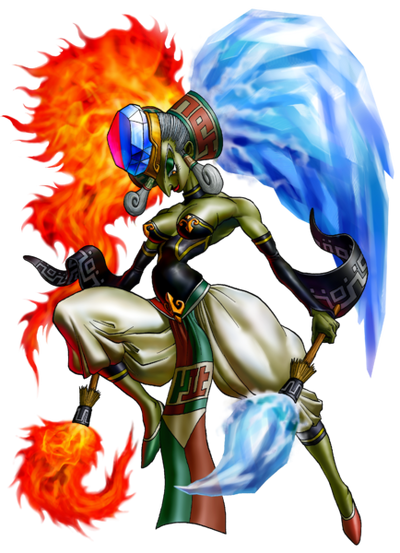 Koume (コウメ Koume) and Kotake (コタケ Kotake) are recurring characters in the Legend of Zelda series. They are the surrogate mothers of the Gerudo King, Ganondorf, and loyal to his cause. Koume, the red, has power over fire, while Kotake, the blue, has power over ice. In the Oracles games, they plot to return Ganondorf to life, with the help of Onox and Veran.

Strangely, in the alternate world of Termina, Koume and Kotake appear as good-hearted alchemists that are sympathetic to Link's cause, as opposed to dark witches allied to the forces of evil.

Intelligence: Fairly skilled and competent sorceresses, facilitated the entire plot of the Oracle series of games.