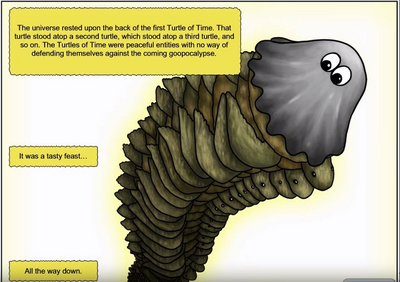 Turtles of Time are transcendent beings that appeared at the very end of game Tasty Planet: Back for Seconds.

Attack Potency: Multiverse level+ as a whole (Each turtle of time is larger than an entire universe. Because of their infinite number, they form a full multiverse.)

Weaknesses: Being an incomprehensibly high pyramid, they become easily vulnerable to abilities associated with absorption

Start a Discussion Discussions about Turtles of Time