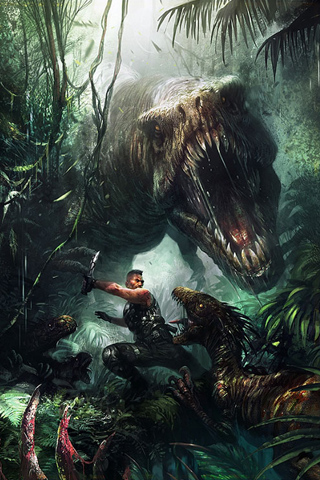 Turok is a series of first-person shooter video games based on the comic book character of the same name. It is set in a primitive world inhabited by dinosaurs and other creatures. The series was originally developed by Acclaim Studios Austin as Iguana Entertainment and published by Acclaim Entertainment from 1995 until Acclaim's bankruptcy in September 2004. The series was then developed by Propaganda Games and published by Touchstone Games.

The player assumes control of Tal'Set (Turok), a Native American time-traveling warrior. The mantle of Turok is passed down every generation to the eldest male. Each Turok is charged with protecting the barrier between Earth and the Lost Land, a primitive world where time has no meaning. The Lost Land is inhabited by a variety of creatures, from dinosaurs to aliens. An evil overlord known as the Campaigner seeks an ancient artifact known as the Chronoscepter, a weapon so powerful that it was broken into pieces to prevent it from falling into the wrong hands. The Campaigner plans on using a focusing array to magnify the Chronoscepter's power, destroying the barriers that separate the ages of time and rule the universe. Turok vows to find the Chronoscepter's eight pieces and prevent the Campaigner's schemes.

Several prehistoric creatures range between Wall level like Velociraptors and Small Building level to the likes of Tyrannosaurus. 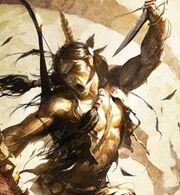 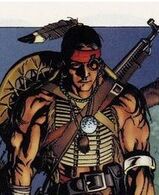 Turok (Composite)
Add a photo to this gallery 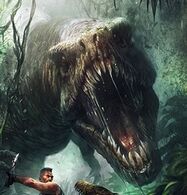 Mama Scarface
Add a photo to this gallery