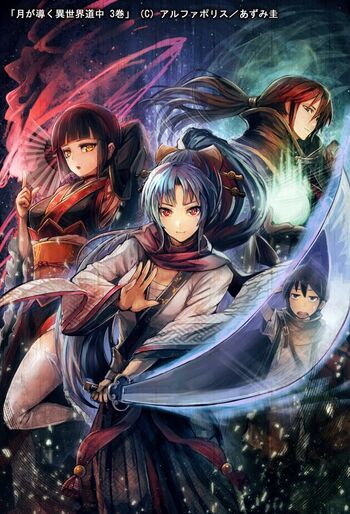 High school student Misumi Makoto is called into a fantasy world by the god Tsukuyomi, in order to be a hero. However, the Goddess of this world isn’t as thrilled to have him there, and kicks him to the edge of the world just as Tsukuyomi declares that he must leave Makoto to find his own way. Now it’s up to Makoto to find his own way while gathering allies and hoping to one day give the goddess a taste of her own medicine.