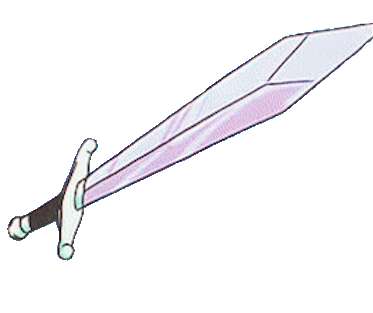 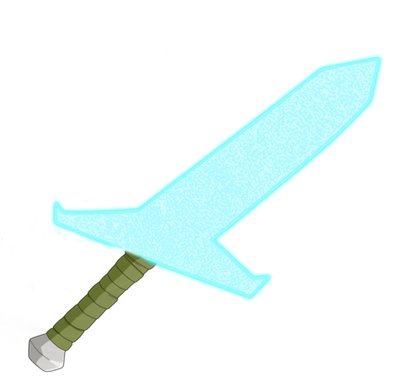 Trunks's sword is an iconic weapon of unknown origin within the Dragon Ball verse. It was first used by the half Saiyan warrior during his battle against the future androids. Despite being unable to help against them, the sword yields a better result as Trunks goes back in time and faces Frieza and his father. With Trunks wielding the mighty blade, he is able to easily decimate Frieza. Although being Trunks's main weapon of choice, he has shown to be a capable fighter without it, not only easily holding up against far stronger foes than Frieza in hand to hand combat, but King Cold was also being unable to beat Trunks even when using the sword. Trunks's sword fights its last battle for a long time when Android 18 breaks it.

After many years, the sword makes a return, now repaired and ready for combat against some of the mightiest in all of the universe during the events of Dragon Ball Super. Donning a slightly different appearance but vastly superior power thanks to Trunks's training.

The sword seemingly had another downfall, with Fusion Zamasu snapping it in half. However, through absorbing his and the ki of other humans into it, Trunks was able to have the sword undergo an entirely new transformation all together, thus gaining even greater power.

Powers and Abilities: Superhuman Physical Characteristics, Can cause delayed reactions (Cut a man's armor and it didn't slice until a while after the attack was made), Able to fly back to its thrower after being tossed like a boomerang

Speed: None, depends on wielder (Can swing at FTL+ speeds when used by Trunks and Massively FTL+ speeds with Super Trunks)

Weaknesses: Power relies on the wielder itself and the ki they put into it. Such as when the sword wasn't nearly as powerful when King Cold tried to use it. Vulnerable to petrification.