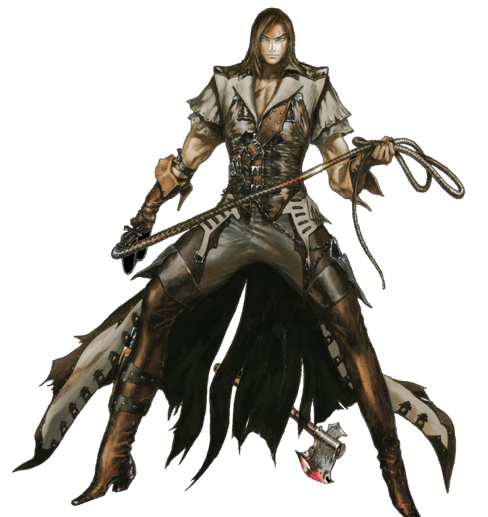 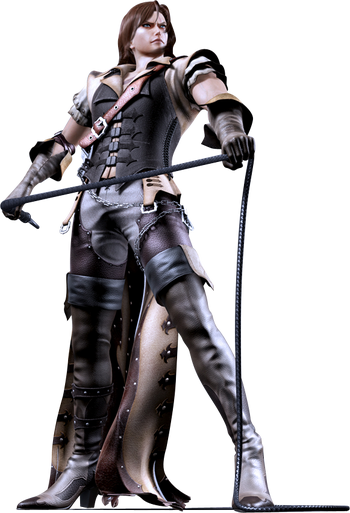 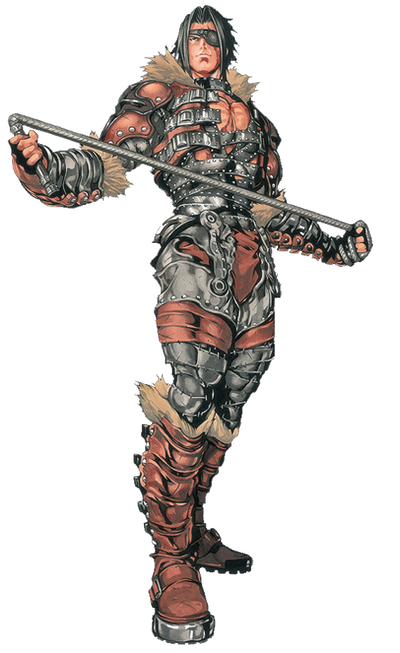 Trevor C. Belmont (known as Ralph C. Belmondo in Japan) is the main protagonist of Castlevania III: Dracula's Curse and the Pachislot Akumajō Dracula series. Trevor is a descendant of Leon Belmont and was feared by the people because of his supernatural powers, therefore, the Belmont Clan lived outside of society. After the team sent by the Church did not report, the pope turned to the Belmonts to ask for their help in the war against Dracula. Trevor Belmont then stepped forward to end the oppression of Wallachia, joining forces with Alucard, Sypha Belnades and Grant Danasty. With their combined efforts, they successfully defeated the hordes and later Dracula himself in a close battle.

After the war, over time, various disasters like poverty and famine befell the population. This phenomenon seemed to be more apparent as one got closer to Dracula's castle, and Trevor went on to investigate the case. This led him to the encounter of Dracula's Devil Forgemasters, Hector and Isaac, in the events of Curse of Darkness

Superhuman Physical Characteristics, Supernatural Senses, Martial Arts Mastery, Weapon Mastery, Self-Sustenance (Type 1: Can survive without oxygen), Energy Manipulation, Holy Magic, Attack Reflection and Power Nullification (The Belmonts can completely nullify or reflect magic, projectiles and abillities used against them through their power and the Vampire Killer, The Vampire Killer through its presence alone weakened Dracula's disembodied Soul and powers so much that he was unable to resurrect himself or escape from the sealed castle for several years), Immortality Negation (Types 3 and 7, capable of killing Dracula, however unable to sever his connection to Chaos), Regeneration Negation (At least Low High, possibly Mid-High, capable of successfully hurting Dracula, who can come back from a mass of blood and possibly being reduced to vapor), Non-Physical Interaction and Soul Manipulation (Can hit and destroy Souls directly, can interact with intangible beings like Ghosts), Elemental Manipulation (Fire, Ice, Thunder and Wind), Time Manipulation / Time Stop (With the Stopwatch), Light Manipulation and Levitation (With Grand Cross), Darkness Manipulation, Magic Barriers, Statistics Amplification and Aura (Via Flaming Fist, which covers Trevor's body with fire which enhances his physical strength, and Golden Aura, which greatly enhances his durability), Homing Attack (With Energy Wave Item Crash), Danmaku (With Blade Serpent Item Crash), Vibration Manipulation (With Destruction Item Crash)

Striking Strength: At least Multi-Solar System Class, possibly Universal+ (Can hurt the likes of Hector with his physical attacks)

Stamina: High, similar to other Belmonts, Trevor can fight hordes of monsters for all night without tiring

Range: Tens of meters with whips, longer with throwing sub-weapons and some magics. Possibly Universal+ with the Vampire Killers negation.

Intelligence: High. A skilled warrior who's training his whole life to defeat Dracula. Skilled in magic. 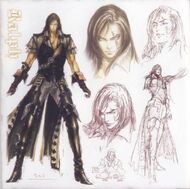 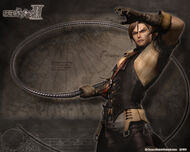