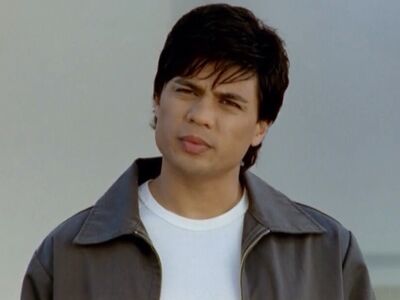 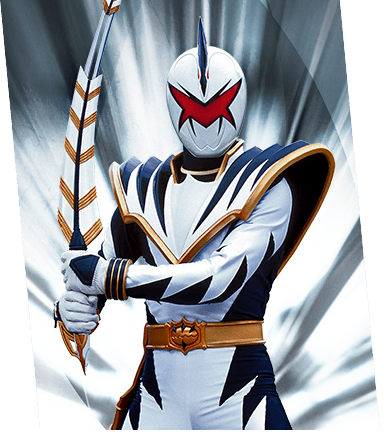 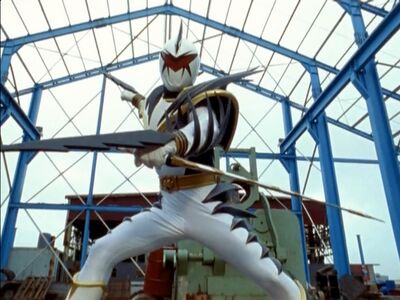 Trent Fernandez-Mercer is the White Dino Thunder Ranger, who was initially corrupted by the White Dino Gem but then reformed when the evil was removed from him by his adopted father, Dr. Anton Mercer. When his biological parents were killed in an archaeological cave-in, Dr. Mercer took him in, though he still kept his original surname. He works at Hayley's Cyberspace as a waiter and draws in his spare time, though he keeps this secret because his father does not approve of his artistic endeavors.

Attack Potency: Large Island level+ (Should be comparable to unmorphed Tommy and other Rangers) | At least Large Planet level, possibly much higher (Traded blows with Dino Ranger Tommy Oliver and is comparable to Conner McKnight. He defeated all 4 of the other Dino Rangers in one battle.) | At least Large Planet level, likely far higher (Much stronger by an unknown extent)

Standard Equipment: His Ranger powers come from his Drago Morpher and the White Dino Gem. The White Dino Gem also grants him super speed (not as fast as Conner McKnight),  camouflage to blend into his surroundings (like a chameleon, not invisibility like Tommy Oliver), and gives him access to his Super Dino Mode (increasing his speed and creating spiked armor). He carries the Drago Sword which can fire explosive laser arrows. He commands the Dragozord and Stegozord which together can form the Dino Stegazord.

Weaknesses: If he takes significant damage from his opponents, he can demorph without commanding his morpher to do so, as with the cast of most Rangers.