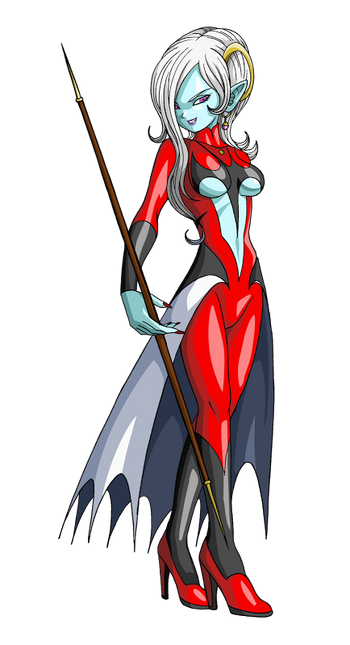 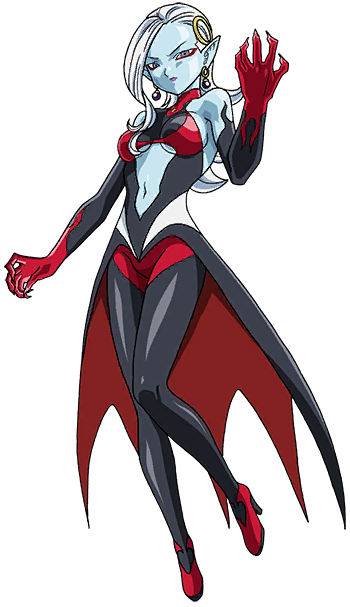 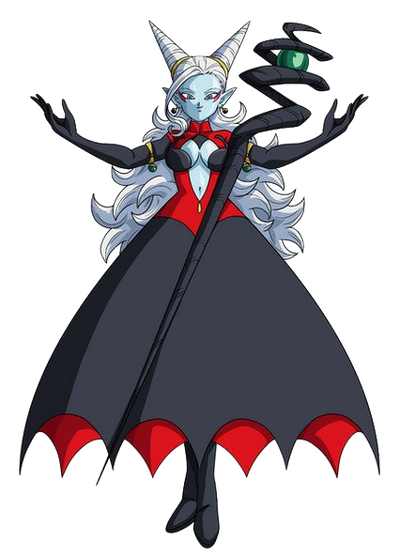 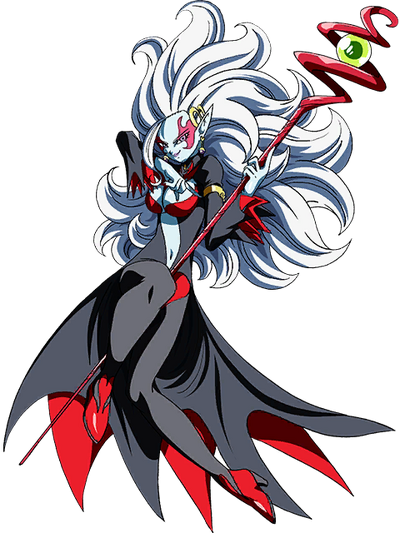 Towa was originally a brilliant scientist from the Demon World, and the younger sister of Dabura, but she "betrayed" the Demon World after joining up with Mira, an artificial being created by condensing the DNA of various masters. In reality Towa plans on collecting enough energy to break the seal on the Demon Realm. She and Mira have a son named Fu, who will have a big influence on the world when he grows up.

Attack Potency: Solar System level (Superior to non-canon Frieza) | Multiverse level+ (Capable of contending with the Future Warrior after they defeated Time Breaker Bardock. Also managed to help fight against Mira) | Multiverse level+ (Easily deflected a combined Kamehameha from Xeno Goku [Who can fight Demigra] and Super Saiyan God Beat, and forced Vegeta and Future Trunks to fuse into Vegeks to combat her)

Standard Equipment: Towa's Spear Staff (A staff with sharpened points on each end, which Towa uses to cast magic, to attack enemies, and perform other techniques)

Intelligence: Extraordinary Genius (Constructed Mira by blending together the DNA of various species and fighters in the universe)

Note: Towa is only part of the Dragon Ball Xenoverse, Online and Heroes game timeline, and has no relation to canon characters in Dragon Ball Super.