VS Battles Wiki
Register
Don't have an account?
Sign In
Advertisement
in: Verses, Visual Novel Verses, Tokyo Babel Pilgrims of the Apocalypse 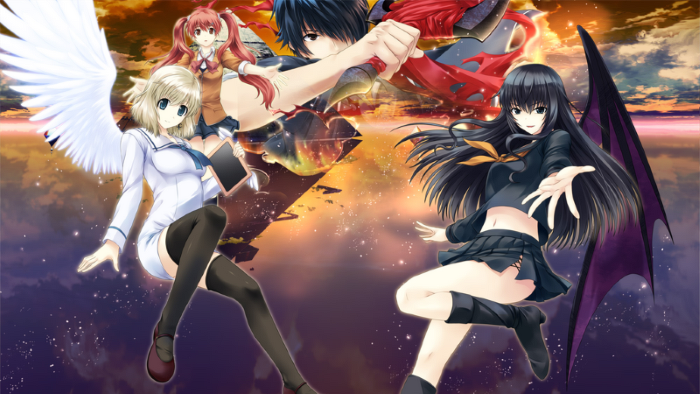 A Divine Calamity has occurred: the gates of Heaven have been closed shut, the realm of Hell has been consumed by a flood, also, countless parallel worlds have withered away, one after another. In response to this, the surviving angels and demons have gathered at the city they believe to be their final chance at salvation: the floating purgatory of "Tokyo Babel".

Joined by humans, they embark on a pilgrimage across the seven layers of Babel, hoping to ascend Jacob's Ladder in order to re-open the gates of Heaven, and meet God.

Their plans however, have fall into ruin as a group of pilgrims, whose minds have been consumed by madness, have set out to control the numerous layers of Tokyo Babel with the intention to wreak complete and utter havoc atop the floating purgatory.

Amidst this never-ending impasse, a lone youth was saved from the ruins of his devastated world, Tendou Setsuna, a man denied human treatment since birth.

Joining his savior, Lilith, the Witch of the Night, he begins a journey across Tokyo Babel to find the answer why he still possesses the will to keep on living.

Supporters and Opponents of the Series: