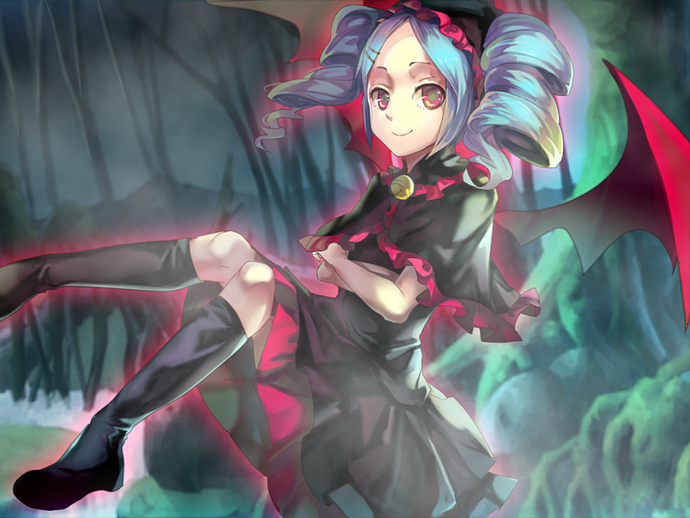 Tier: 9-B, Unknown in Paradise of Illusion

Attack Potency: Wall level in a real world (A human with a bit of a devil's power can crush a usual human's head with one hit), Unknown in a Paradise of Illusion (Even ordinary souls are able to create galactic size spaces, which, moreover, are likely multidimensional)

Speed: Superhuman in a real world, Unknown in a Paradise of Illusion (Probably Infinite / Immeasurable for beings from lower planes of existence)

Stamina: Superhuman, Infinite in a Paradise of Illusion

Intelligence: Very high. She has a big amount of experience and excellent combat skills.

Weaknesses: Her physical body may be killed easily.

Devil - The representative of the race of supernatural beings that live in a certain metaphysical plane (one part of which is the so-called Paradise of Illusions). Devils are powerful, but for using their powers in the material world, they need a human body.

Paradise of Illusions - A metaphysical dimension which created by human thoughts, feelings and memories. Inner worlds of many people (and not only) create an illusory reality in which everything is possible. This reality connects all the parallel worlds, here come all the soul, and then either reincarnate or go to the abyss (that can happen, even accidentally, as in Paradise of Illusions there are many "holes", linking this illusory world with others worlds - including with the material world), where they remain eternally alone.