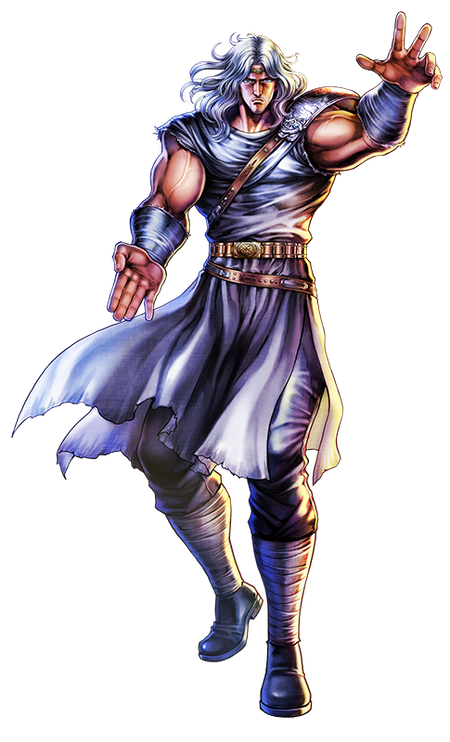 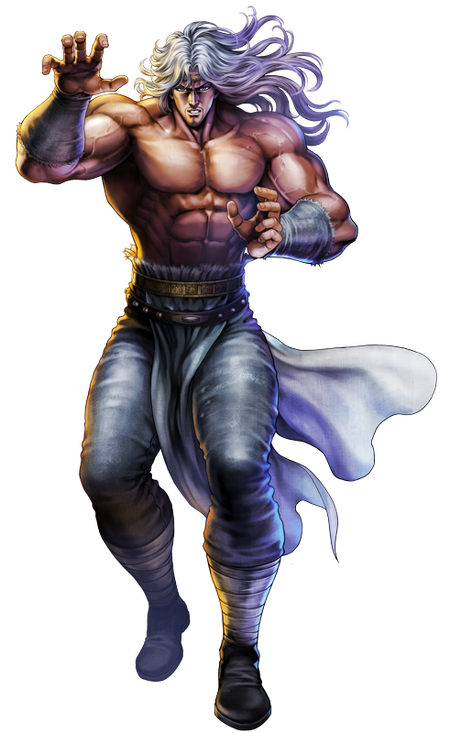 Toki is the second of the four Hokuto Brothers, and the younger biological brother of Raoh and Kaioh. A pacifist, he uses his own special variant of Hokuto Shinken to heal, and make his opponents feel intense ecstasy instead of pain before they die. While he was originally the greatest of the four brothers in terms of technique, and the clear candidate for succession, during the nuclear war he was exposed to high amounts of radiation and became gravely ill.

Powers and Abilities: Superhuman Physical Characteristics, Master of Hokuto Shinken, which allows him to target and hit someone's pressure points for various purposes (Ranging from causing them to explode to manipulating their movements to healing them), Aura, Chi Manipulation, Regeneration (Low-Mid), Statistics Amplification (Can hit certain pressure points to make himself stronger), Sleep Manipulation (Can put people to sleep with by pressing their pressure points), Death Manipulation (Can bring about death by pressing a persons pressure points), Instinctive Reaction (Hokuto Shinken possesses a technique that counters a technique that focuses on dodging attacks via subconscious reflexes, Muso Tensei is described as using a blank mind), Empathic Manipulation (Can induce pleasure on his opponents), Memory Manipulation (Some of his techniques allow him to change or erase the memories of victims), Resistance to Clairvoyance (Users of the Hokuto arts can bend their fates how they choose, making it difficult to read their destinies)

Attack Potency: Small Country level, higher with Tenryū Kokyū Hō (Equal to Kenshiro and Raoh. If it had not been for his sickness, he’d have been the successor to Hokuto Shinken and would’ve killed Raoh)

Stamina: Very high (Can keep fighting Raoh at full power while suffering an incurable disease. Survived two weeks without food or water while being exposed to high amounts of radiation)

Intelligence: Gifted (Toki was able to create a powerful fighting style which made him the favorite to become the successor of the Hokuto Shinken)

Weaknesses: Toki is terminally ill and suffers from an incurable disease which drastically weakens him.

Toki has his own form of Hokuto Shinken, Jū no Ken, which is based around swift, graceful movements that turn an opponent's strength against them. In addition, due to his pacifistic leanings, Toki uses his Hokuto Shinken to heal and help others, and, in combat, grants his opponents great ecstasy in their final moments instead of pain.

Toki also knows Gō no Ken, Raoh's form of Hokuto Shinken, which he can effectively use after hitting his pressure points to increase his own strength.

- Keiraku Hikō: The pressure points Toki can hit and their effects include;

Toki as he appears in Hokuto no Ken: Arcade.

Toki as he appears in Hokuto no Ken: Ken's Rage.

Toki as he appears in Fist of the North Star: Lost Paradise
Add a photo to this gallery

Start a Discussion Discussions about Toki (Hokuto no Ken)