VS Battles Wiki
Register
Don't have an account?
Sign In
Advertisement
in: Jujutsu Kaisen, Characters, Manga Characters,
and 13 more 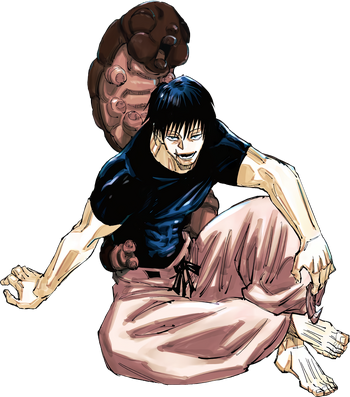 Toji Fushiguro, previously Toji Zenin, is the father of Megumi Fushiguro. He took a job from the Star Religious Group to assassinate the Star Plasma Vessel.

Stamina: Very High. He can talk normally after part of his body is completely atomized

Range: Standard melee range physically. Up to Tens of Meters with equipment

Intelligence: Gifted (Toji is a tactical and clever individual. He was able to devise a plan in order to weaken a powerful shaman such as Satoru Gojo. Toji was also about to defeat powerful opponents such as Gojo and Geto by figuring out how their abilities worked and tactically countering them.) 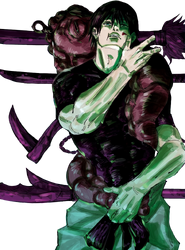 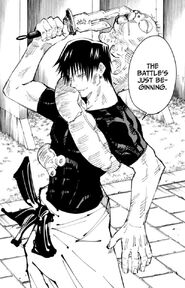