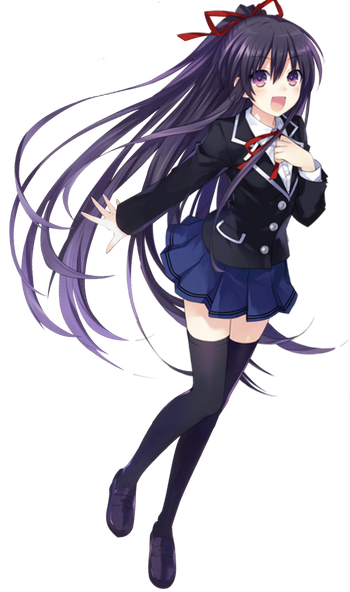 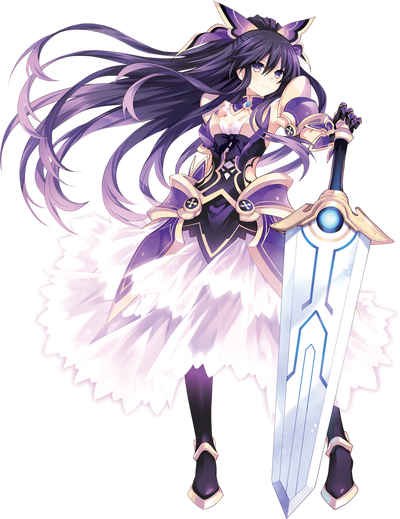 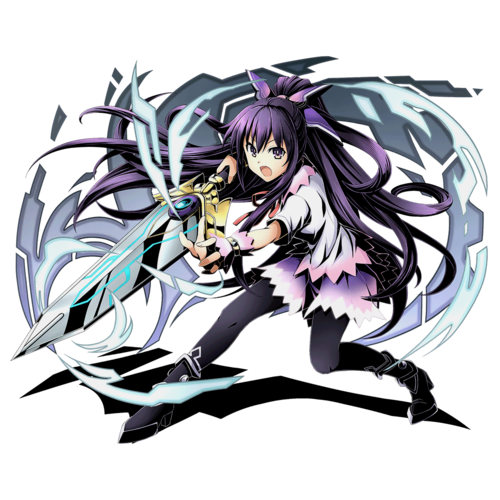 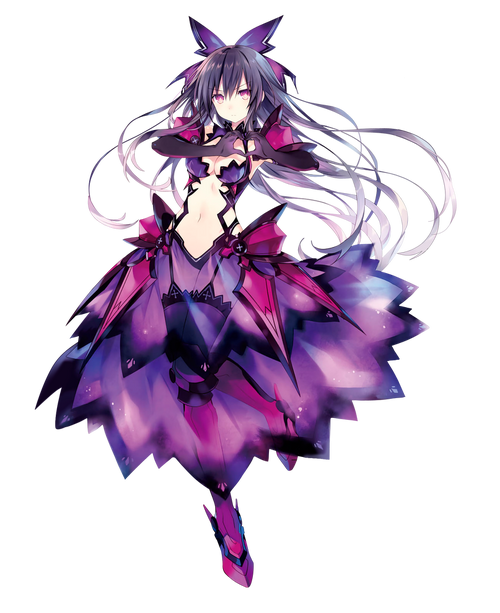 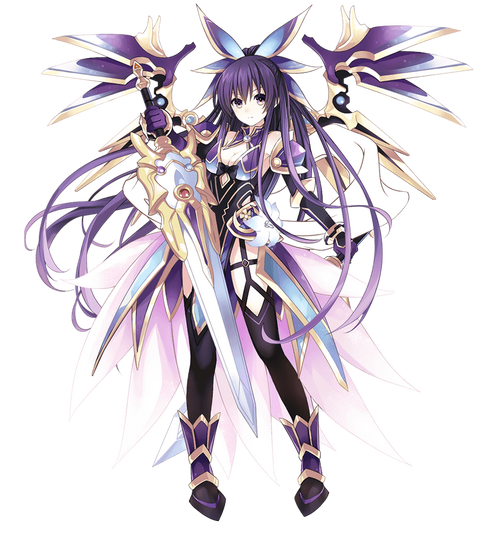 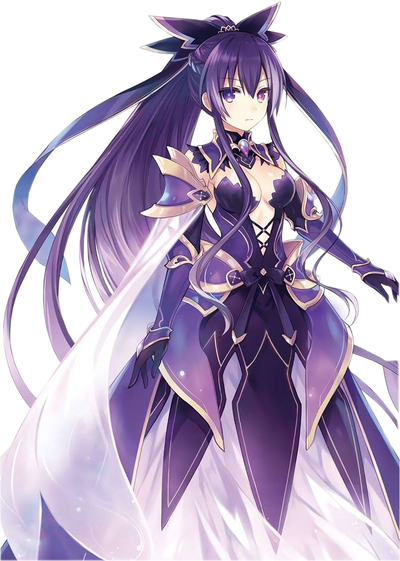 Tohka Yatogami (夜刀神 十香, Yatogami Tōka) is one of the main female characters (and antagonists in her devil form) of the Date A Live series. She is also the first spirit saved by Shido Itsuka.

Powers and Abilities: Superhuman Physical Characteristics, Subjective Reality (Spirits are able to bring things to reality from her imagination and even create desired situation), Regeneration (Spirit's Sephira Crystal heal wounds), Immortality (Type 1 & 8) (Spirit's cells don't age, as long as her Sephira Crystal exist, she can come back to life), Flight, Master Swordsman, Dimensional Travel, Cloth Manipulation (Can replicate any cloth she sees), Energy Manipulation and Projection (Can create energy blasts, slashes, and forcefields), Summoning (Can summon a throne for transportation and carries her sword), Teleportation (Can teleport herself to any location she wants), Limited Power Nullification (Spirit's Astral Dress nullifies physical damage to an extent), Resistance to Life Absorption (Spirits are unaffected by Kurumi's abilities), Mind Manipulation (Full form spirits are unaffected by Miku's mind control) and Absolute Zero (Resisted Yoshino's absolute zero) and Fate Manipulation (Full form Spirits can't be fully affected by Nia's future describing). | Statistics Amplification with her successive transformation. Resistance to Law Manipulation (After gained the power of Mio, Ain Soph's laws cannot affect Tohka) | All previous abilities in addition to All of Mio Takamiya's abilities, Existence Erasure (Can turn things into non-existence throught her world creation), Clairvoyance (Tenka is able to know all event occuring in the world) and Resurrection (Resurected people from death)

Attack Potency: Island level (Casually cut and destroyed mountains, also comparable to Yamai) | At least Small Town level when sealed (Superior to DEM and Bandersnatchs. She held back Origami, Yamai and Yoshino) | At least Large Island level, likely higher (Cleaved through a good chunk of Tenguu City and the mountains visible at the furthest back, Inverse Tohka is considered to being strong enough to force Mio to kill her with her angels, she should be as strong as the casual weakest Mio's spacequakes which generate this amount of energy) | At least Large Island level (Much stronger than base form due to receiving spirit mana from Yoshino, Yamai, Kotori and Miku. Damaged Kerubiel, who withstood the combined attacks of base Tohka and other mentioned spirits) | Universe level+ (After absorbed the fragments of reiryoku from the other Spirits and even Mio herself, she fought and even injured Mio. Mio considered that Tohka was the only Spirits able to oppose her), higher with Ratelibish (An armor which increases her Power drastically, in this form, she was able to overpowered Mio without the angel of void) | At least Universe level+ (After she absorbed Mio's Sephira Crystal, Tohka became much stronger than before)

Lifting Strength: Class M (Scaling to Origami, who can lift a building)

Stamina: Nearly limitless as long as she has mana 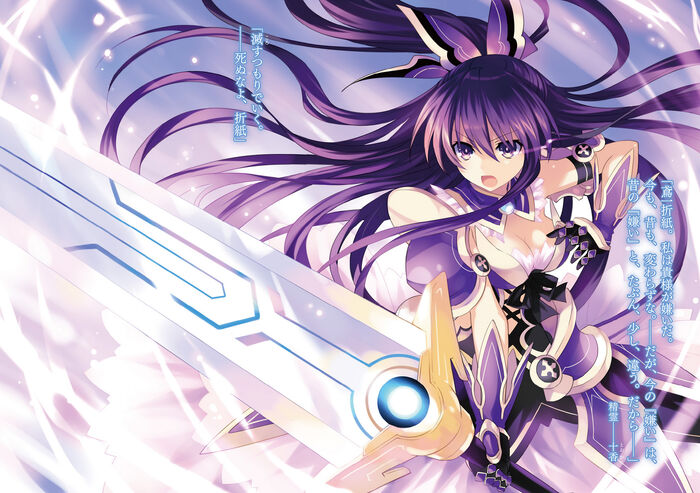 Tohka destroys a tunnel.
Add a photo to this gallery

Her energy destroyed a forest.
Add a photo to this gallery 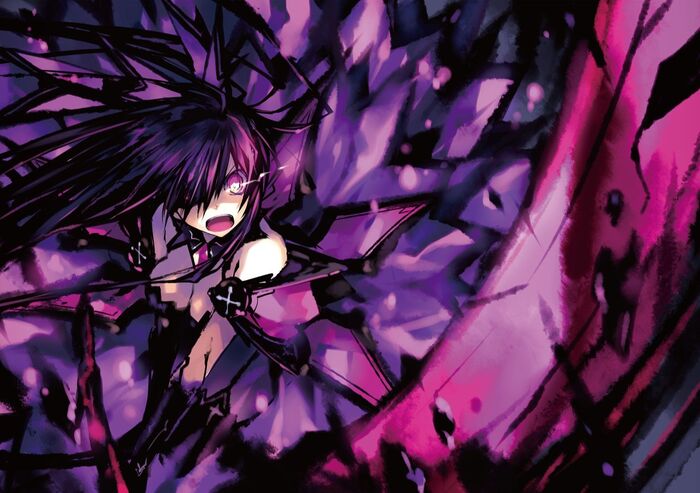 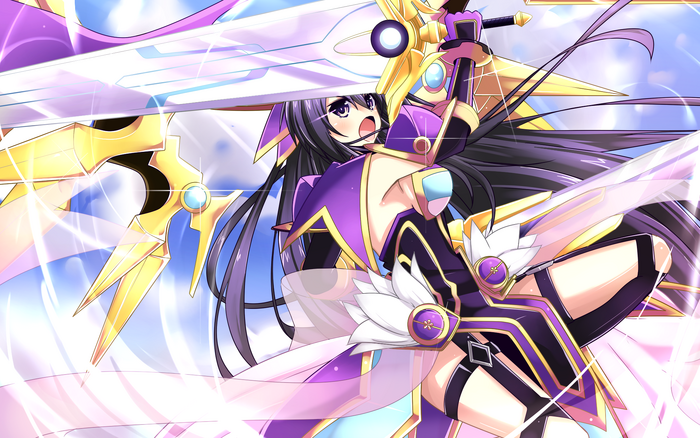 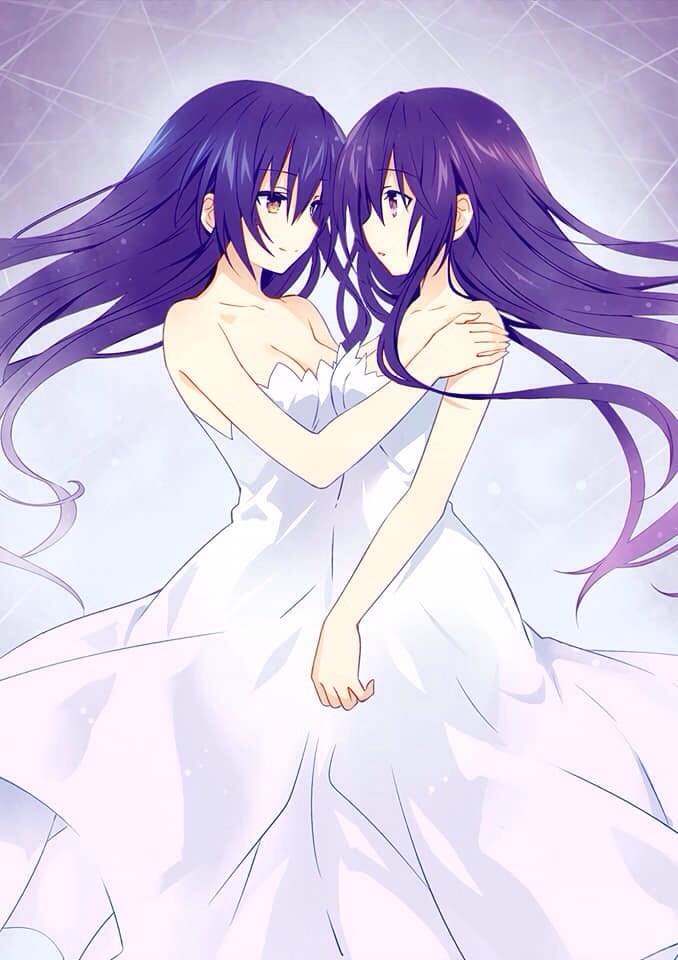 This form was used when Tohka accepted her inverse form, in this form, she possesses the power of all Spirits (including Mio), thanks to that, she fought and injured The Spirits of Origin. Her new power allow her to use the Armor of Sandalphon Ratelibish which has been used for deflects attacks from Mio, This armor increase the durability and the power of Tohka.

Intelligence: Not high in everyday matters; still a skilled combatant

Weaknesses: She does not have full control of the powerful Halvanhelev and needs to release a huge destructive amount of energy in order to do so | She seemingly can't perform repetitive shots of Paverschlev | None notable