The following is an explanation of the upper bounds of this wiki's Tiering System, namely the parts encompassed by Low 1-A and above, although the concepts presented here do have great influence on the functionings of much lower tiers. For information on the primary measuring stick used to categorize those, please see this page instead.

Axiom: A primitive, self-evident statement that is postulated and automatically taken as true in the context of a given theory and its language, from which more general statements and theorems can be derived. An example of this is the Axiom of Infinity, which can be summarized as being essentially the simple assertion that an infinite set exists, something that cannot be proved or constructed from the tools of standard arithmetic, and thus has to be added as a separate statement entirely.

Although initially attempted to be described using natural, informal language, set theory quickly proved to be ground for many paradoxes and contradictions to arise in its foundations, and thus needed to be placed under the framework of a formal language with well-established terms and postulates, "axiomatizing" it, so to speak. Set Theory as described by natural language is called "Naive Set Theory" 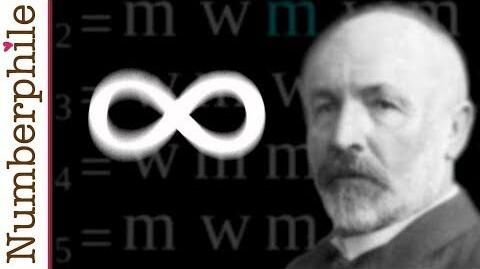 The video above is a brief explanation of the concept of countable and uncountable infinite sets, a very fundamental element in Set Theory, and which is of great importance to understand most of the concepts introduced in the following explanation. Hence, it is highly advisable that you watch it if the ideas presented here are unfamiliar. 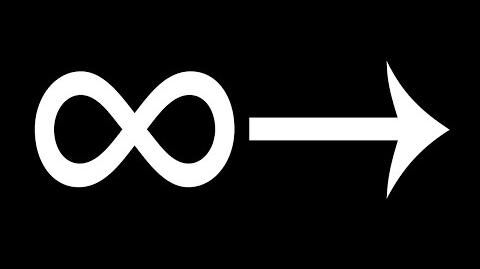 This video also offers a more detailed explanation of the more general idea of cardinal numbers, and is also highly recommended.

Firstly, to properly introduce greater sizes of infinity, it is extremely important to establish a crucial distinction, namely, the one between Cardinal Numbers and Ordinal Numbers.

In essence, cardinals numbers are used to denote the exact amount of objects contained within a given set, formally called the set's cardinality, for example, the cardinality of a set of four apples is 4.

On the other hand, ordinal numbers can be defined as being used to denote numbers as well-ordered sets, or in layman's terms, collections that possess a defined smallest element. Under the standard construction of ordinals, formalized by John Von Neumann, any given natural number is an ordinal, and the well-ordered set of all ordinals smaller than itself. For example:

When approaching finite sets of objects, these two notions walk hand in hand, and there is no practical distinction between them. However, when dealing with infinite collections, these two are split, and there turns out to be a very palpable difference between denoting order in sets and denoting the quantity of objects contained in them.

Exactly after ω, comes ω+1, which is defined as:

And so on and so forth, until any further operations applied over ω (See these pages for more information). However, it is important to know that, while all of these ordinal numbers come after ω, and are by technicality, "bigger" than it, the sets which they represent each possess the same quantity of objects, and thus the same cardinality. Indeed, they are countable sets, and thus are all represented by the same cardinal number: Aleph-Naught, denoted as ℵ0.

This hierarchy is then extended unto Aleph Numbers whose subscript can be defined as being correspondent to any higher number, be it finite or infinite: ℵ2, ℵ3, ℵ4... ℵω, ℵω+1, ℵω+2, and so on and so forth, with each succeeding cardinal being equal to the power set of the previous one.

Mathematically speaking, a fixed point of the aleph hierarchy is essentially a given cardinal κ such that κ = ℵκ. In plain english, this essentially means that an aleph-fixed point is an infinite cardinal number whose size is so large that it is unchangeable through transformations, and equal to the amount of cardinals below it.

Large Cardinals are, speaking very roughly, certain cardinal numbers with the property of being very "large". That is, they are cardinals numbers whose existence is not provable from the standard axioms of most set theories, and thus have to be explicitly defined on them by the addition of another axiom postulating their existence, much like how an infinite set (ω) cannot be obtained from the standard tools and operations of arithmetic, and thus its existence needs to be added separately.

The Hierarchy of Large Cardinals is fairly extensive and contains many exotic-named numbers, but the most conventional and easily-understood entrypoint to it are the Inaccessible Cardinals: Infinite cardinal numbers that are uncountable, regular (cannot be defined as the union of quantities smaller than themselves) and strong limit (cannot be attained through repeated power set operations), which in layman's terms, means that they cannot be reached from lesser cardinals in any way, shape or form, standing beyond their scope entirely. The following is a good illustration of an Inaccessible Cardinal's relation to lesser numbers: