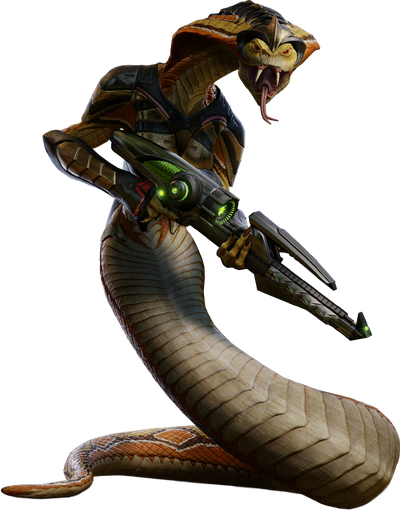 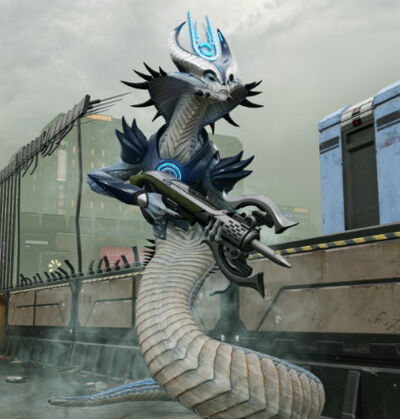 The Thin Men are alien infiltrators who are designed to look like a man in in his forties. Upon Closer inspection reptilian features are noticeable. Thin Men always appear in packs of three's. Vipers are the true form of the Thin Men that appear in XCOM 2; they are snake like creatures that have small arms that often wield plasma rifles. Vipers can be leading a pair Sectoids or ADVENT soldiers. The Viper King (Known as Subject Gamma) is the only known male Viper found to date. When he was discovered he already had made lots of offspring with the other Vipers despite only being young. He usually has two normal Vipers following him around.

Range: Dozens of metres with ranged weapons, within visual range with Poison/Ice Spit and tongue pull.

Intelligence: High (XCOM deduced that Thin Men had a high intelligence during a Thin Man interrogation)

Weaknesses: The Viper form has small arms (although they can easily handle weaponry). Vipers are unable to move when binding a victim. Enough damage to a Viper an it will be forced to release the binded victim. Standard Vipers may panic if they see an enemy wearing the Viper Kings’ scales as armor (as a trophy).

Feats: Thin Men are capable of jumping several stories high. Vipers are capable of crushing even the strongest of XCOM soldiers when they are bound. The Viper Kings' Ice can freeze targets for several minutes.

Retrieved from "https://vsbattles.fandom.com/wiki/Thin_Men/Viper?oldid=4126603"
Community content is available under CC-BY-SA unless otherwise noted.