VS Battles Wiki
Register
Don't have an account?
Sign In
Advertisement
in: Characters, The Wizard Of Oz, Movie Characters,
and 11 more

The Wicked Witch of the West (Movie) 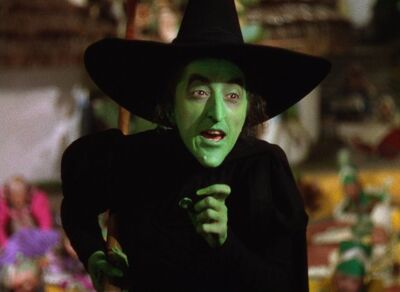 The Wicked Witch of the West is the main antagonist of the movie The Wizard of Oz, based on the novel The Wonderful Wizard of Oz.

She pursues the main character Dorothy throughout the movie, until she is defeated when Dorothy spills water on her.

Name: The Wicked Witch Of The West

Origin: The Wizard of Oz

Weaknesses: If water lands on her she melts