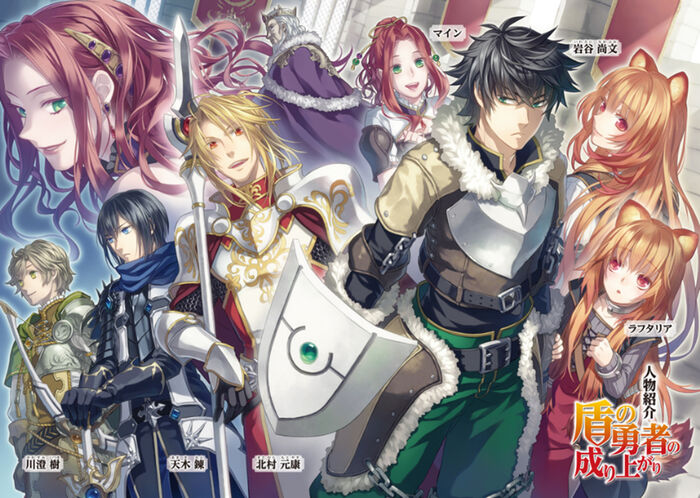 Naofumi Iwatani, an uncharismatic Otaku who spends his days on games and manga, suddenly finds himself summoned to a parallel universe! He discovers he is one of four heroes equipped with legendary weapons and tasked with saving the world from its prophesied destruction. As the Shield Hero, the weakest of the heroes, all is not as it seems. Naofumi is soon alone, penniless, and betrayed. With no one to turn to, and nowhere to run, he is left with only his shield. Now, Naofumi must rise to become the legendary Shield Hero and save the world!

Note: The Web Novel and Light Novel (with its Manga and Anime adaptations by proxy) are considered different continuities and feats from them should not be mixed.

The verses power has a huge gap between mortals and gods. While top tier mortals, such as the four heros and their companions, can be powerful enough to destroy mountains, the gods can easily crush entire universes. A similar gap is present in regards to speed: While most higher level mortals should be supersonic, the gods have infinite or immeasureable attack, reaction or combat speed (depending on the god). Hax wise the verse has such things as curse damage, mind control, conceptual attacks, time manipulation, energy draining etc.

Start a Discussion Discussions about The Rising of the Shield Hero