The Ring is a Japanese horror franchise, beginning with the 1991 novel written by Kôji Suzuki, which was adapted as a 1998 film, directed by Hideo Nakata, which began its own film franchise with various remakes in other languages. It follows a journalist in his (her, in the film) mission to investigate the mystery behind a cursed videotape, which kills the viewer after seven days.

While the characters themselves are not all that powerful, only reaching about Wall level in the films due to having the strength to easily snap necks, decapitate humans, and crush skulls, where they really shine is in abilities. In the novel, Sadako can infect humans with her virus and kill them whenever she pleases, mutating to become increasingly dangerous in response to new circumstances, while in the films, she can kill with nothing more than a stare. 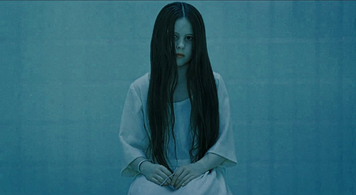 Samara Morgan
Add a photo to this gallery