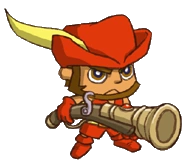 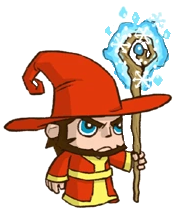 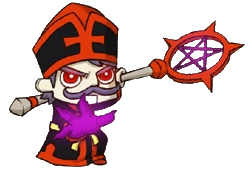 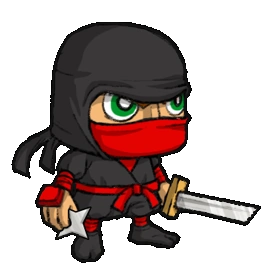 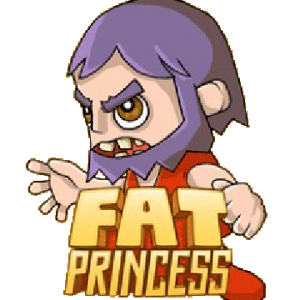 The Player is the unnamed playable character of an PlayStation 3-exclusive action real-time strategy video game Fat Princess. They have nine different classes (six default ones and three DLC classes which are Pirate, Ninja and Giant) by picking up hats that are generated by hat machines and their goal is to rescue the Princess from an enemy team's base and bring her back to their own castle (while being able to feed her cakes to make her heavier and harder for enemies to carry back).

Powers and Abilities: Superhuman Physical Characteristics, Weapon Mastery, Statistics Amplification (Warriors and Rangers can use torches to light their weapons on fire to inflict additional damage), Magic (As Mages and Priests), Fire Manipulation (Mages can cast fireballs and fire-based area attacks by using their staff. Players can light their weapons on fire to burn enemies by hitting them), Ice Manipulation and Statistics Reduction (A upgraded Mage can shoot iceballs and slow down enemies by freezing them with ice attacks), Explosion Manipulation (Workers can throw bombs and even use larger ones from their Hat Machine), Healing (When waiting long enough, a player can heal themselves by eating a cake. Priests can directly heal their allies), Aura (Priests can create glowing auras to allow a fully-healed ally to absorb any damage from a single hit), Light/Darkness Manipulation (As Priest), Life Absorption (When upgraded, the Priest can steal life from foes to drain their health), Curse Manipulation (A upgraded Priest can charge an area-curse spell which handicaps all foes' controls for a short period of time), Transmutation (Can use a magic potion to turn enemies into extremely weak chickens), Smoke Manipulation and Stealth Mastery (As Ninja), Large Size (Type 0; As Giant)

Lifting Strength: Superhuman (Can lift princesses when they became fat by eating too much cake)

Durability: Wall level (Can endure hits from other players)

Intelligence: Above Average (Can easily wield/use multiple different weapons with ease and construct various fortifications/siege equipment such as Hat Machines/doors/catapults using resources like woods and ores)

Retrieved from "https://vsbattles.fandom.com/wiki/The_Player_(Fat_Princess)?oldid=5736064"
Community content is available under CC-BY-SA unless otherwise noted.