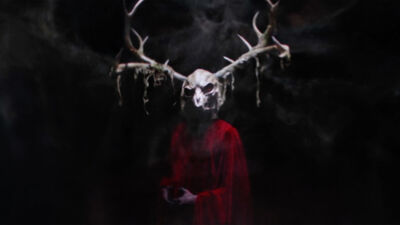 The Pestilent God is a character from the third season of the horror anthology series Channel Zero. Not much is known about him other than the fact that the Peaches both fear and worship him, and we only get bits and pieces of information about him from the Peaches. His power is supposed to be beyond understanding, to the point that it can make someone go insane.

Name: The Pestilent God, God, the Higher Power, The Landlord

Attack Potency: Unknown (He made Evelina and two of Joseph's grandchildren explode at the same time without even touching them. His power alone made Alice go insane and remain in a catatonic state for the rest of her life). Some of his abilities ignore conventional durability

Speed: Unknown (Lives in a realm where energy and space move around but he didn't chase Zoe)

Lifting Strength: Universal (Joseph said that their God holds the Universe inside his cloak, which turns out to be the truth)

Stamina: Unknown (Joseph said that their God gets hungry but it's unknown how often they have to feed him children or if it even needs to eat at all after he kills the peaches)

Range: Universal+ (He knocked out Alice from his dimensional because she was near his staircase, put Alice and Louise to sleep even do he wasn't even in the room with them, his pocket reality known as the Slaughterland is limitless)

Intelligence: Unknown (Joseph Peach said that he will give you anything you want, show you what you want to see)

You're not welcome here Zoe. 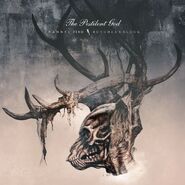 He demands offerings and we must deliver.

He won't be so merciful the second time.

He holds the universe in his cloak.

He's so beautiful that he'll make your eyes bleed.

His power will overwhelm you 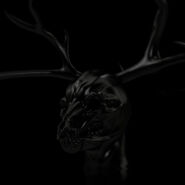 A statue of their god

We have until tonight to deliver his angel

Start a Discussion Discussions about The Pestilent God