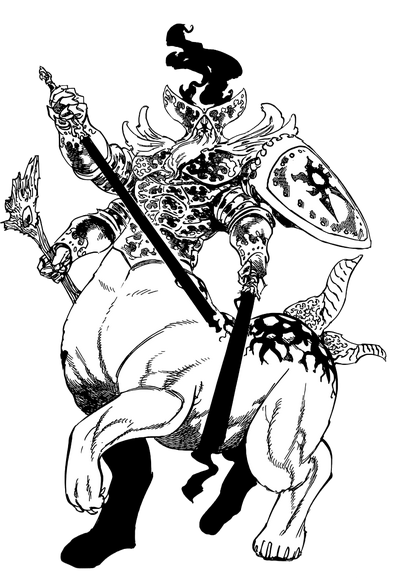 Tier: Low 6-B, higher with Crisis

Name: The Original Demon, The Sinner

Attack Potency: Small Country level (His mere presence was enough to dispel the darkness surrounding Meliodas’ cocoon, which Ludoshel in a vessel struggled to break into. Merlin stated that her, Escanor, and Ludoshel’s chances of victory were gone upon seeing him), higher with Crisis (Eventually managed to overpower Ludoshel in his True Body)

Speed: At least Massively Hypersonic+ (Holds the combined power of Chandler and Cusack, who are capable of keeping up with a serious Ludoshel who easily outsped daytime Escanor)

Durability: Small Country level (Survived many attacks from Ludoshel in his true body)

Stamina: Very high (As punishment for returning the his original form his body is gradually pushed towards its destruction)

Intelligence: Should be at least as intelligent as his split halves.

Weaknesses: All Demons are vulnerable to Holy Magic, as it breaks down Darkness particles. Note however that high-level demons have shown to take only minor damage from beings near their own level, implying the vulnerability is not extreme. The regeneration used by demons heals injuries but not the "damage" dealt. In practical terms, this has shown to mean that the more a demon regenerates the weaker they get, eventually reaching the point where they no longer have the energy to regenerate at all.

Crisis: His power gets magnified as his life whittles down.

Demon: The Original Demon is the highest level of demon and can access his demonic biology and powers to give himself a boost in physical ability as well as various other advantages. At night, his magic power increases.

Power of Darkness: As part of his demon biology, The Original Demon can generate solid darkness from his body which he can manipulate and shape as well as project outward from himself. He can use this black matter for a variety of offensive, defensive, and supplementary purposes.

Soul Extraction and Absorption: Demons can extract souls and absorb them to restore their magic power as well as gain the knowledge of their victim. Both lesser demons and high-level demons have been shown extracting many souls at once from a distance, although some seem to prefer using touch to extract souls. When a soul is eaten it is completely destroyed, removing the victim from the cycle of reincarnation.

Crimson Requiem: His Chandler half creates an aura of heat around his hand and sends it at his opponent, melting the ground beneath him in the process. It is stated to be able to melt the Heavy Metal technique of the Giant Clan. 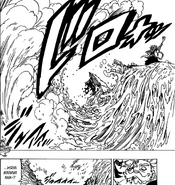 Dragon Claw: Chandler creates a dragon claw from his staff to attack his target with. 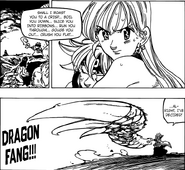 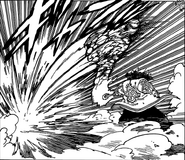 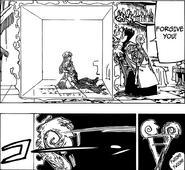 and erases Merlin's Perfect Cube
Add a photo to this gallery

Exterminate Ray: Launches a powerful energy beam at his opponent.

Full Counter: His Chandler half can reflect magic attacks back at his opponent with at least double the original power, provided he properly times his counter. Chandler has shown to be able to reflect several attacks at once, provided they are all coming directly to him. Chandler was the one who taught the power to Meliodas. Chandler needs one second between Full Counters.

are reflected back at him
Add a photo to this gallery

Grudge Blade: Chandler fires energy blades from his staff at his target. He can rapidly fire a huge number of them, enough to counter and overwhelm Post-Training King's Chastiefol Form Five: Increase. 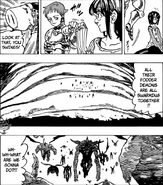 that fooled King
Add a photo to this gallery

Magical Defensive Wall: Chandler can create a magical barrier around himself to guard against incoming attacks. It was able to offset enough damage from King's and Gowther's Celestial Arrow that he only received minor injuries.

and almost completely protected himself
Add a photo to this gallery

Meteorworks: After a chant, Chandler summons many meteors from the sky to crash down on a wide area.

onto the battlefield
Add a photo to this gallery

Microscopic: After waving his hand and snapping his fingers, Chandler shrinks his opponent to a miniature size, shrinking even the giant Diane into a body about the size of a normal person's face. 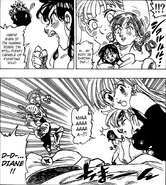 Split Tama: Chandler rips off some of his flesh and shapes it into small winged demons that follow his orders. They possess deceptive power for their size and appearance, capable of injuring Elizabeth with her power and memories restored, and are actually more powerful than Chandler's Grudge Blade, which did not do much to her. Their durability is much lower, however, being easily killed by Post-Training Diane. He can reabsorb their bodies after they die.

Pulls his own flesh off to create demonic minions

that are powerful enough

to injure Elizabeth
Add a photo to this gallery

True Night: Chandler's magic power is immense enough to shroud the entire region around him in darkness. Stars are visible in the sky and according to Merlin he brings "true night." This ability allows him to constantly benefit from the Demon Clan's increase in magic power at night. 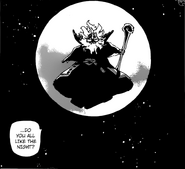 in true night
Add a photo to this gallery

Wind Magic: Chandler releases a spherical aura of cutting winds around himself. He used this unnamed technique to dismember Ban. 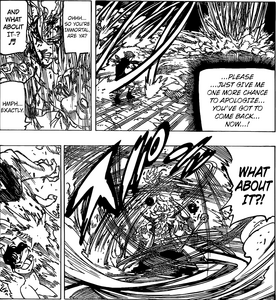 Absolute Order: His Cusack half would draw a symbol on his hand and point it at his target, who then has to follow his orders. Disobediance results in the victim's death. Even smearing the symbol will not remove the Order. It is stated that any human would die from resisting.

Resonant: As Cusack he formed a link with his victim by making eye contact with them. When he activates Resonant, his eye and his victim's eye glow the same color and the victim is forced to mimic his movements, even when they are hundreds of miles away. His Cusack half forced King Arthur to plunge his own sword into his chest.

Start a Discussion Discussions about The Original Demon (Nanatsu No Taizai)