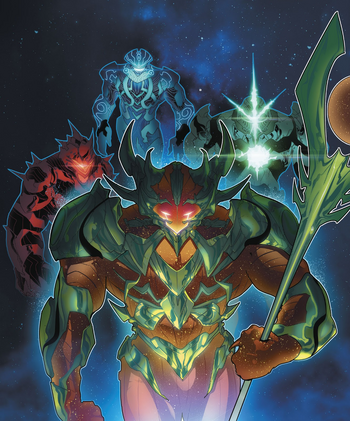 The Omega Titans are cosmic beings responsible for all life forms in the universe, and are believed to be the oldest beings within it. They were the first line of defense for the multiverse.

Each Omega Titan embodies one of the fundamental energies of all sentient life in the universe. Their true forms are made of pure energy inside their armor.

The Omega Titans are able to consume worlds by opening their armor and pulling planets within, absorbing their respective energy from the world.

Powers and Abilities: Superhuman Physical Characteristics, Large Size (Type 5), Energy Manipulation (Can channel their respective energy), Absorption (Can consume worlds by opening their armor, pulling planets within, absorbing their respective energy from the world), Non-Corporeal (In their true forms, the Omega Titans are beings made of pure energy), Each Omega Titan embodies one of the fundamental forces of sentient life of the universe: Wonder, Entropy, Wisdom and Mystery Immortality (Type 1), Limited Biological Manipulation (They planted seeds of cosmic energy on every planets throughout the universe, creating life), Resistance to Mind Manipulation (Starro was unable to control one of them)

Attack Potency: Multiverse level+ (The Titans are stated by Batman to be bigger forces than anything the League has faced, which logically means they are more powerful than Barbatos, the threat from the prequel story written by the same author)

Speed: Massively FTL+ (At least comparable to the likes of Rebirth Superman)

Durability: Multiverse level+ (Should be comparable to their own power)

Range: Universal+, possibly higher (Can extend their power at least far enough to cause universal annihilation, and embody forces that govern existence itself)

Weaknesses: The Omega Titans cannot think by any measurable standard. 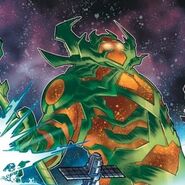 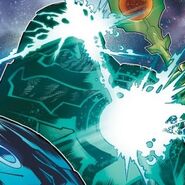 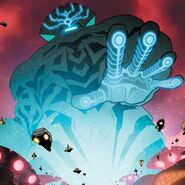 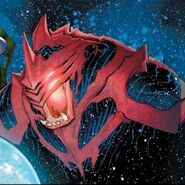 Entropy
Add a photo to this gallery

Start a Discussion Discussions about The Omega Titans