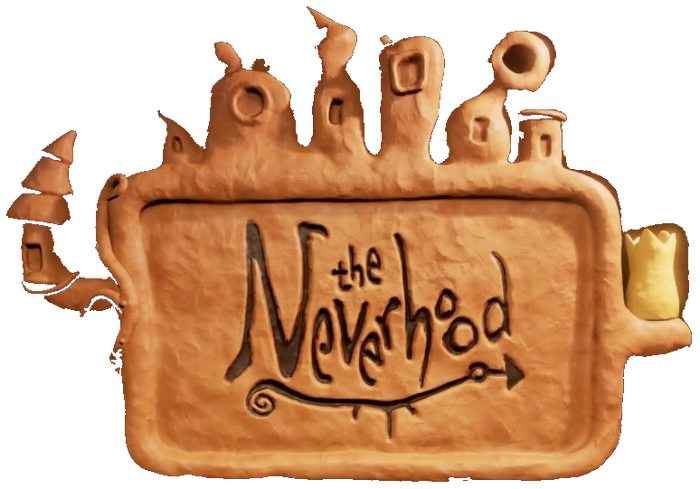 For detailed information about this series, visit the The Neverhood Wiki.

The Neverhood, is a Point and Click Graphic Adventure game for the Microsoft windows. It was developed by Neverhood Inc. and published by Dreamworks Interactive in 1996. While well received by critics, the game sold poorly due to lack of retailer stores carrying the game at the time. The Neverhood is known for its uniquely clever claymation animation, odd sense of humor, simple yet effective story, and a well recieved album of soundtracks written by Terry Scott Taylor. This game is recognized as a cult classic. It also spawned a sequel known as Skullmonkeys

The Neverhood takes place in a neighborhood known by the titular name created out of clay by Hoborg. Upon creating his world, he seeded two sons, named Klogg and Klaymen; however, the former stole his crown shortly before the latter was born. Klaymen then sets off on a journey to revive his father and put a stop to his brother's evil plans. In Skullmonkeys, Klogg crash lands on planet Idznak, home of the Skull Monkeys. Where he yet again, plans to destroy the Neverhood. More info about the lore can be seen here.

The Neverhood is seemingly rather weak at first glance. The Protagonist Klaymen is initially featless in the first game, but Big Robot Bil and the Clockwork Beast should be around 9-A via sheer size. The Neverhood Cannon one shotted the giant robot; Klogg has survived both a direct hit from the cannon and crash landing on a planet right after. The Evil Engine No.9 is also stated to possess enough power to destroy The Neverhood.

The power of the verse grows with the Hall of Records mentioning Divine beings. In addition to Hoborg creating the Neverhood, his brother Arven was stated to create 7 planets, including Idznak. Beyond Quater and his 7 sons however, is an entity known simply as Father; a creator God who created the universe.

In terms of speed and hax, the verse is also rather lacking, but Klaymen causes blurs when he runs in Skullmonkeys. And characters have been shown to travel from planet to planet simply by flight, but it is unknown if said planets have a reasonable size or gravity. There is also some limited Toon Force.

Start a Discussion Discussions about The Neverhood