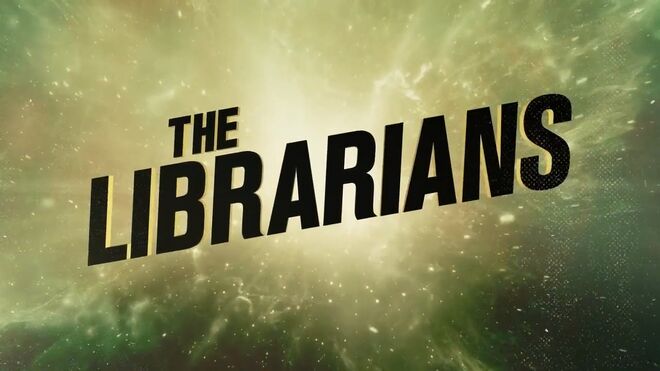 The Librarians is an American fantasy-adventure television series developed by John Rogers that is broadcast on TNT, and premiered on December 7, 2014. It is a direct spin-off of The Librarian film series, sharing continuity with the films. On January 24, 2017, TNT renewed the series for a fourth season, which is set to premiere on December 20, 2017.

The series follows four people, Eve Baird, who is chosen by the Library to be the new Guardian, as well as Ezekiel, Cassandra and Jacob, who were asked to apply to the Library to become The Librarians, but for some reason didn't show up to the "auditions". In their place, the current Librarian Flynn Carsen is searching for the Library (which is lost in time and space during the pilot). The four become a new team of Librarians in order to solve impossible mysteries, recover powerful artifacts, and fight against supernatural threats, especially the forces of the Serpent Brotherhood, led by the mysterious immortal DuLaque.

The second season offered up a pair of new villains, both from fiction: Prospero, from Shakespeare's "The Tempest", and Moriarty ), Sherlock Holmes' chief nemesis. The former is positioned as the greater evil, attempting to use magic to destroy the world in order to remake it more to his liking. Moriarty is more of a gray villain--generally aligned with Prospero but willing to side with the Librarians when it suits his own interests.

The third season introduces a new villain, Apep, the Egyptian God of Chaos. After being defeated by the first Librarian, Judson and his Guardian, Charlene, he is mysteriously resurrected while possessing numerous people as he embarks on his mission to release pure evil into the world. While trying to stop Apep, the Librarians' actions are being closely investigated by General Cynthia Rockwell from a new secret government agency, called D.O.S.A. (Department of Statistical Anomalies).

The series has a great variety of power, with many powerful characters, like dragons that can shake countries just by moving themselves and also a great variety of hax (envolving magic, thus the technology in the series, not counting the one that the D.O.S.A. uses to contains mystical artifacts, is not very different from our own).

As the series focuses on retrieving many powerful objects and artifacts, they are likely the most powerful things in the verse. Great examples would be Excalibur, which can negate regeneration and had all of Earth's magic; and Shakespeare's quill, which can warp the reality itself and make "anything" come true.

The protagonists are not very strong in terms of AP and most likely fight using their brains' powers, in order to cheat the enemies or to bring them down using pure intellect and even mental hax.

Start a Discussion Discussions about The Librarians