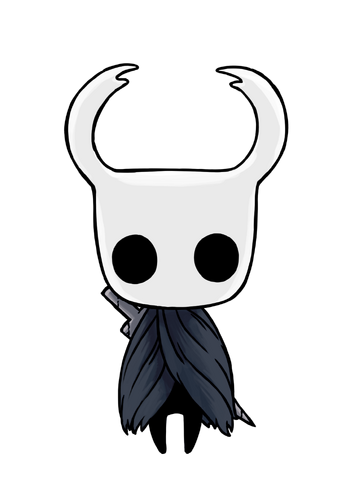 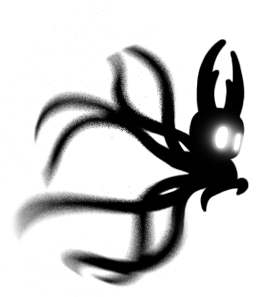 The Knight is the playable character in the Indie Metroidvania game, Hollow Knight. Their species was created as vessels to carry the infection spread by The Radiance. Many details about the character, including their name, are left ambiguous.

Name: Unnamed, but has been called Ghost by Hornet

Gender: None (The Knight is confirmed genderless)

Attack Potency: At least Street level+ (Defeated False Knight, who could shatter part of a bridge. Also defeated various other bosses who should be comparable, if not superior to said boss)

Speed: Below Average due to their size

Durability: At least Street level+ (Can take hits from False Knight, as well as many bosses throughout the game that should be superior to said boss)

Stamina: High (Can fight for extended periods of time without tiring)

Range: A few inches with their Nail, Higher when using Nail Arts and spells

Intelligence: Unknown, but has displayed great combat intelligence when fighting bosses and waiting for opportunities to strike

SOUL Spells: SOUL is a white energy The Knight gains from attacking foes.