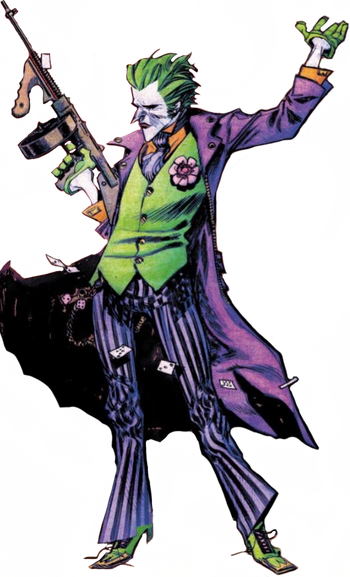 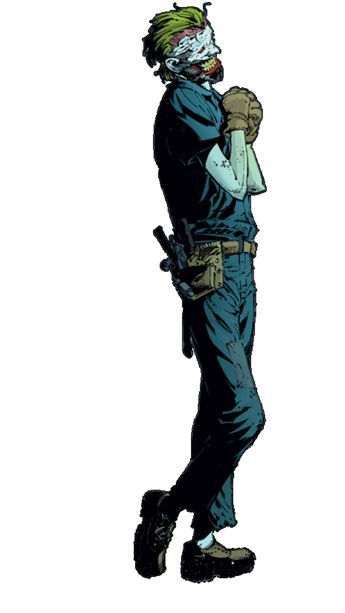 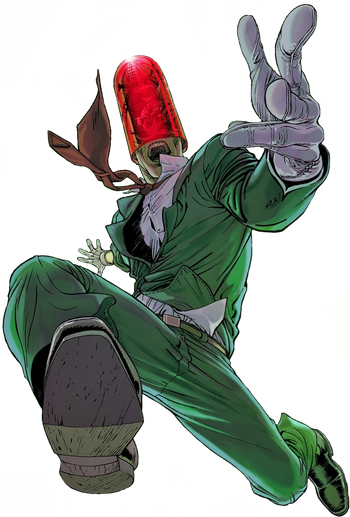 Note: The scans linked in the profile may contain gory imagery. Discretion advised.

The Joker is a homicidal maniac and the archenemy of Batman. Though his precise origin is unknown even to him, he is known to have been forced to swim through a vat of chemicals which turned his skin white, his hair green, and left his face permanently locked in a double Glasgow grin.

Speed: Massively Hypersonic Reactions and Combat Speeds (Potrayed as swifter than the Bat-family)

Stamina: Extremely High, can continue fighting despite being severely injured

Start a Discussion Discussions about The Joker (Post-Flashpoint)