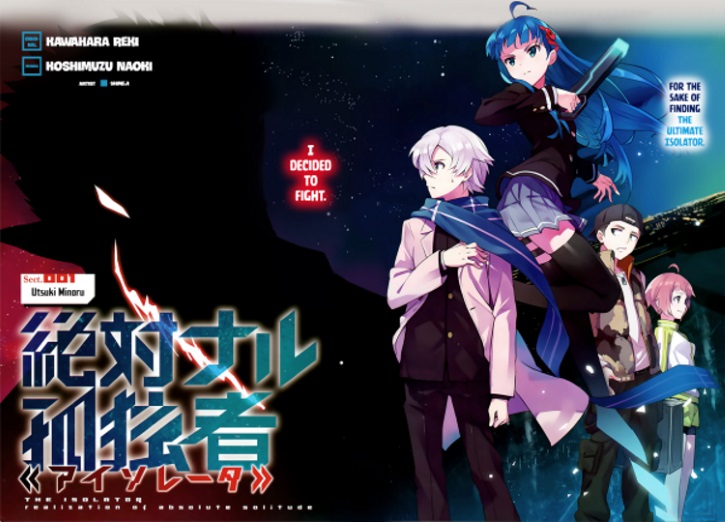 The Isolator is light novel written by Rei Kawahara. On August 2019, scientists received extraterrestrial signals that warned them of catastrophes that would hit Earth.

Afterwards, various extraterrestrial life forms came into contact with the human species. The people who are affected by these life forms, are called the Third Eye, and they develop mysterious powers. Some are able to fast speeds, others possess a sword that is capable of even cutting steel, while others are able to tear absolutely everything apart with their teeth.

The story follow the daily life of Minoru Utsugi, a discreet 17-year-old teenager who obtained the ability he has always desired, the Solitude (code name lsolator), and Yumiko, a member of the SDF, an organization that monitors these new superhumans.

However, the prowess given by Absolute Solitude results in endless battles for Minoru...

So far the characters are Street level and Subsonic with certain characters reaching Wall level and even Small Building level with Supersonic reactions and attack speed.

Some characters are also able to ignore durability. 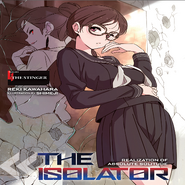 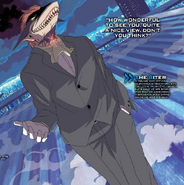 Stinger
Add a photo to this gallery

Start a Discussion Discussions about The Isolator