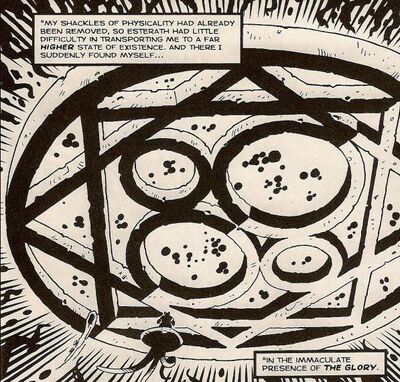 The Glory was the focal point of the omniverse. Whenever the Glory's controller was about to die, two rivals would be selected to fight for control of the Glory, and whoever won the duel would become the new controller of the Glory.

Attack Potency: High Hyperverse level (Acts as a focal point for the whole Omniverse, which is infinite-dimensional, allowing its wielder to control anything and everything in it.)

Weaknesses: Needs to eventually replace it's wielder, or all of reality will fall apart. The Glory refuses to give its wielder "immortality"